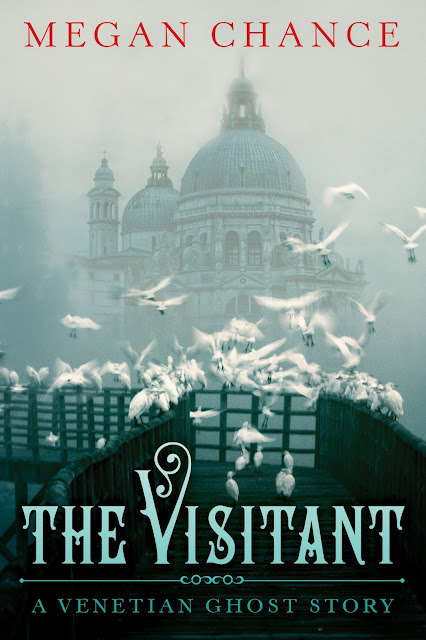 A crumbling palazzo in nineteenth-century Venice holds a buried secret.

After she nearly ruins her family with a terrible misstep, Elena Spira is sent to Venice to escape disgrace and to atone by caring for the ailing Samuel Farber. But the crumbling and decaying Ca’ Basilio palazzo, where Samuel is ensconced, holds tragic secrets, and little does Elena know how profoundly they will impact her. Soon she begins to sense that she is being watched by something. And when Samuel begins to have hallucinations that make him violent and unpredictable, she can’t deny she’s in mortal danger.

Then impoverished nobleman Nero Basilio, Samuel’s closest friend and the owner of the palazzo, arrives. Elena finds herself entangled with both men in a world where the past seeps into the present and nothing is as it seems. As Elena struggles to discover the haunting truth before it destroys her, a dark force seems to hold Samuel and the Basilio in thrall—is it madness, or something more sinister?

I wanted to read The Visitant: A Venetian Ghost Story because I am always interested in a spooky or gothic historical, especially if there's also a mystery involved.

My problems with The Visitant started with my wrong assumption that the story was set in the late 1700s rather than the late 1800s. The entire first third of the book resulted in my shaking my head because I couldn't believe how progressive the Venice in the story was. When I realized that the story was in the late 1800s, I began to like the story better, but I still didn't think that Venice was that progressive. Toward the beginning of the novel, Samuel attempts to make a deal with Elena, swearing if she reads a racy novel he will stop acting like a spoiled child. I was a little worried that my hopeful Italian gothic mystery would then change into an erotica novel, with naughty passages filled with nurses and patients and nuns and priests. Thankfully there are only a few sex scenes, and none of them are out of the ordinary of the run-of-the-mill historical romance. However, I just couldn't believe that men and women were that outspoken about sex in the late 1800s, even in Venice.

I did like the mystery in the novel about what actually happened to Nero's cousin, why his aunt treated him with disdain and hatred and whether a ghost was actually making Samuel's epilepsy worse. SPOILER ALERT I wish that The Visitant: A Venetian Ghost Story would have actually been a mystery with a human acting like a ghost, rather than an actual ghost story. Ghosts are just less spooky to me than an evil human running around committing murder and covering it up, and I like to see the evil human caught Scooby-Doo style. And while I think that Samuel's epilepsy was treated with sensitivity, I wish there would have been more focus on Samuel becoming better because of medicine or treatment, rather than just banishing an angry ghost. END SPOILER

Even though I had a few problems with the story, I did like the majority of The Visitant: A Venetian Ghost Story, especially that information on Elena's, Nero's and the other character's pasts were doled out little by little adding to the mystery of the novel. Even with a subject matter of ghosts that I think maybe just isn't a genre I should read, I plan on trying other of Megan Chance's books. 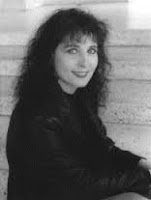 Megan Chance is a critically acclaimed, award-winning author of historical fiction, including Inamorata, Bone River, and City of Ash. Her novels have been chosen for the Borders Original Voices and Book Sense programs. A former television news photographer and graduate of Western Washington University, Chance lives in the Pacific Northwest with her husband and two daughters.

To enter to win a copy of The Visitant: A Venetian Ghost Story, please enter via the Rafflecopter form below.

a Rafflecopter giveaway
To satisfy FTC guidelines, I am disclosing that I received an advance copy of the book from TLC Book Tours in exchange for an honest review.