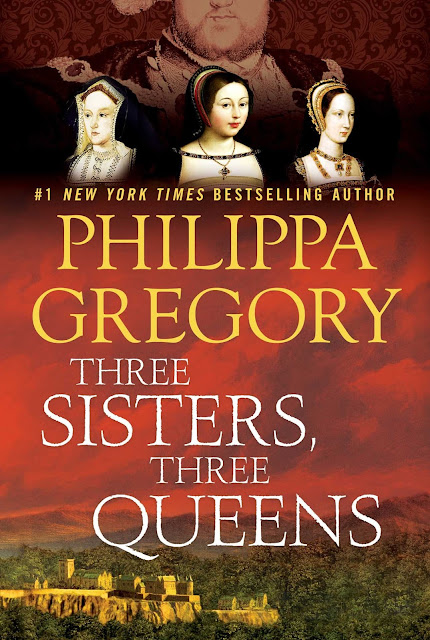 “There is only one bond that I trust: between a woman and her sisters. We never take our eyes off each other. In love and in rivalry, we always think of each other.”

When Katherine of Aragon is brought to the Tudor court as a young bride, the oldest princess, Margaret, takes her measure. With one look, each knows the other for a rival, an ally, a pawn, destined—with Margaret’s younger sister Mary—to a sisterhood unique in all the world. The three sisters will become the queens of England, Scotland, and France.

United by family loyalties and affections, the three queens find themselves set against each other. Katherine commands an army against Margaret and kills her husband James IV of Scotland. But Margaret’s boy becomes heir to the Tudor throne when Katherine loses her son. Mary steals the widowed Margaret’s proposed husband, but when Mary is widowed it is her secret marriage for love that is the envy of the others. As they experience betrayals, dangers, loss, and passion, the three sisters find that the only constant in their perilous lives is their special bond, more powerful than any man, even a king.

Philippa Gregory's books have been - and will continue to be - some of my favorite guilty pleasures. I'm behind on her War of the Roses series, but there was no way that I could pass up one of her Tudor novels. Three Sisters, Three Queens follows the life of Henry the VIII's oldest sister, Margaret Tudor, and it is quite unlike any other Gregory book that I've read.

In most of Gregory's books, the protagonist is extremely likable, and there's a healthy dose of sexytimes. In Three Sisters, Three Queens, Margaret is quite disagreeable, and there are only a few, very brief, sex scenes. Margaret spends the majority of the book obsessed with how her sisters - Katherine of Aragon and Mary Tudor, and their lot in the world. She only seemed to be happy and loving whenever she was better off than them or if they were showering her in gifts. Her love/hate sentiment toward Katherine is one of the biggest recurring themes in the book. It did make the book drag sometimes, but I'm always interested in experiencing a different sort of character - in this case rather unpleasant woman.

Margaret's multiple husbands is also a big deal in Three Sisters, Three Queens. As a Tudor princess early in a new ruling dynasty, she was expected to only marry whomever would be most advantageous to her family. Her first marriage to James IV of Scotland was just that. However, he subsequent marriages were both scandalous because she married for love both times, but divorced Husband #2 (Archibald Douglas) to marry Husband #3 (Henry Stewart). Margaret seeking a divorce coincided with Henry VIII's increasing disinterest in being married to Katherine, and the world was watching to see how everything worked out for her. It is interesting to see that Margaret was able to get her divorce, yet Henry was unable to get the Pope to issue his.

I enjoyed the narration of Three Sisters, Three Queens. Bianca Amato did a great job reading the various parts, and each of the three sisters was distinct from the others. Her depictions of the men did not stand out to me, but they didn't sound goofy. (Believe me when I say that happens all the time.) Honestly, I always looked forward to Margaret receiving a letter from or visiting with Katherine because I loved Amato's accent for her. I would definitely listen to more books that Amato narrates.

Overall, Three Sisters, Three Queens was a fun fictional read, and it led me to read quite a few articles online about Margaret Tudor and her two husbands. I cannot wait until Gregory's next book is released.