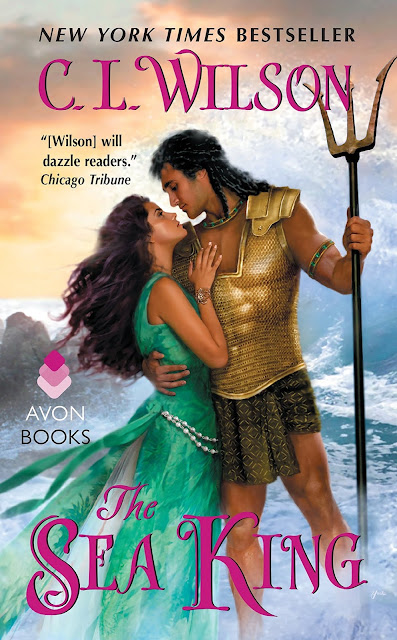 He wasn't supposed to choose her...

Seafaring prince Dilys Merimydion has been invited to court the three magical princesses of Summerlea. To eradicate the pirates threatening Calberna and to secure the power of the Sea Throne, Dilys vows to return home with a fierce warrior-queen as his bride. But politics has nothing to do with unexpected temptation.

A weathermage like her sisters, Gabriella Coruscate's gentleness exemplifies the qualities of her season name, Summer. Yet her quiet poise conceals dangerous powers she cannot begin to wield. Better to live without excitement, she reasons, than risk her heart and lose control— until an irresistible Sealord jolts her awake with a thunderclap of raw desire.

Until evil threatens everything they hold dear...

When pirates kidnap Summer and her sisters, Dilys is in a desperate quest to save the woman he loves. Only by combining his command of the seas with the unleashed fury of Summer's formidable gifts can they defeat their brutal enemies and claim the most priceless victory of all: true love.

I did not even know that Fantasy Romance was a genre until I stumbled across C.L. Wilson's Tairen Soul series. Then, it took me less than a week to devour all five books. I immediately jumped on her next book, the first in this series, The Winter King. Although I'm sad that The Sea King will not be out for another year, I'm glad that she delayed the release to do further work on the book. While researching for this week's WOW, I did discover that Wilson will be writing another book in the Tairen Soul series, which resulted in a loud-pitched squee. I really wish that I could find another author like C.L. Wilson, so that I could read amazing novels like these all the time.