I've been loving doing Epic Recs (hosted by Books of Amber) with Becca of I'm Lost in Books, and she's graciously agreed to another go in April, though I just recently posted my review from February. (I know, I'm awful.) Here are our reviews:


Becca's review of Cinder
My review of The Madman's Daughter

For April, I recommended a few of my favorites to Becca, and she chose this one because she already own it. I'm so happy she did because it's one of my all-time favorites, and one that doesn't get enough publicity by half: 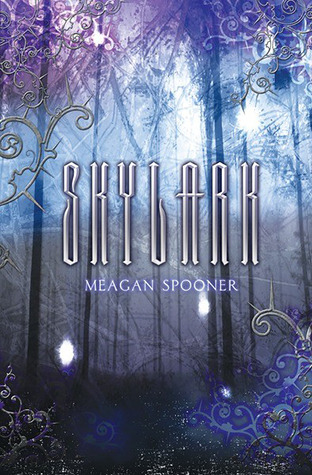 Her world ends at the edge of the vast domed barrier of energy enclosing all that’s left of humanity. For two hundred years the city has sustained this barrier by harvesting its children's innate magical energy when they reach adolescence. When it’s Lark’s turn to be harvested, she finds herself trapped in a nightmarish web of experiments and learns she is something out of legend itself: a Renewable, able to regenerate her own power after it’s been stripped.

Forced to flee the only home she knows to avoid life as a human battery, Lark must fight her way through the terrible wilderness beyond the edge of the world. With the city’s clockwork creations close on her heels and a strange wild boy stalking her in the countryside, she must move quickly if she is to have any hope of survival. She’s heard the stories that somewhere to the west are others like her, hidden in secret—but can she stay alive long enough to find them?

I also got to choose from a few of Becca's favorites, and I chose to go with some historical fiction.


The Heretic Queen by Michelle Moran

In ancient Egypt, a forgotten princess must overcome her family’s past and remake history.

The winds of change are blowing through Thebes. A devastating palace fire has killed the Eighteenth Dynasty’s royal family—all with the exception of Nefertari, the niece of the reviled former queen, Nefertiti. The girl’s deceased family has been branded as heretical, and no one in Egypt will speak their names. A relic of a previous reign, Nefertari is pushed aside, an unimportant princess left to run wild in the palace. But this changes when she is taken under the wing of the Pharaoh’s aunt, then brought to the Temple of Hathor, where she is educated in a manner befitting a future queen.

Soon Nefertari catches the eye of the Crown Prince, and despite her family’s history, they fall in love and wish to marry. Yet all of Egypt opposes this union between the rising star of a new dynasty and the fading star of an old, heretical one. While political adversity sets the country on edge, Nefertari becomes the wife of Ramesses the Great. Destined to be the most powerful Pharaoh in Egypt, he is also the man who must confront the most famous exodus in history.

Sweeping in scope and meticulous in detail, The Heretic Queen is a novel of passion and power, heartbreak and redemption.

Anywho, if you're interested in participating in Epic Recs, you can sign up for it HERE. If you participate, let me know in the comments - I'd love to check out your recs!