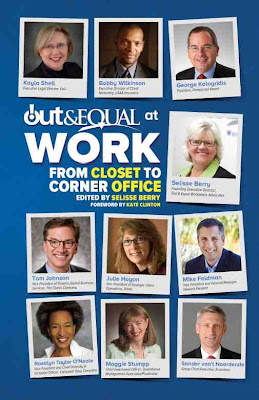 A major transformation is happening in today’s workplace. This groundbreaking anthology chronicles personal narratives from lesbian, gay, bisexual, transgender and allied executive trailblazers who have conquered adversity and ushered in policies that affirm and support the LGBT community in the workplace. Out & Equal at Work profiles an advocacy organization located at the intersection of the private sector and the broader social movement: Out & Equal Workplace Advocates, and its visionary Founding Executive Director, Selisse Berry.

I realized a longtime dream with the publication of Out & Equal at Work: From Closet to Corner Office, because it captures the great civil rights movement of our time: equality for the lesbian, gay, bisexual, and transgender (LGBT) community.

The idea for Out & Equal at Work grew organically. A large part of it is sharing the growth of Out & Equal Workplace Advocates, the organization I founded sixteen years ago to advance workplace equality for LGBT people. Out & Equal has grown into an international nonprofit organization working with multinational corporations, executives, employee resource group leaders, and diversity professionals to create more inclusive workplaces.

Through the years, I’ve had the great opportunity to work directly with senior executives and employee resource group leaders who are leading change for LGBT people in the world’s largest corporations. I was inspired by these professionals who work tirelessly to change attitudes in their companies by coming out or being straight allies who educate and advocate for inclusive policies and benefits. I reached out to these leaders and invited them to join me in sharing our stories. I was so honored with the results – it turned out that a lot of powerful people were happy to share their stories - including the CEO of Intuit, who is an important ally to the LGBT community, and openly LGBT senior executives from the Walt Disney Company, the Clorox Company, Campbell Soup, Merck, IBM, Dell, Hewlett-Packard, Deloitte, Wells Fargo, and many other top corporations.

Publishing Out & Equal at Work was meaningful for me because it came after a long journey that began with my first realization that I am a lesbian. At the time, I was studying in seminary to become a Presbyterian minister. I learned very quickly that, if I came out and chose to live my life honestly and openly, I would not be allowed to be ordained as a minister. I decided that being my authentic self was the right decision, even if it meant a complete overhaul of my life plans. From that point forward, I had a new goal: to dedicate my life to creating workplace equality for lesbian, gay, bisexual, and transgender (LGBT) people in the workplace, with the hope that one day people will no longer have to choose between a career they love and living their lives with authenticity and integrity.

Out & Equal at Work is the first time that business leaders, including C-Suite executives from Fortune 500 Companies have come together to share their personal stories of facing discrimination and forwarding LGBT equality in the workplace. In many ways it is a book that reminds us that it really does get better. I also hope that it will inspire people, including you, to become involved in Out & Equal’s efforts to expand workplace equality. There are many ways to become involved with Out & Equal: our headline events like the Workplace Summit in the US, the annual LGBT Executive Forum and Leadership Celebration, local Regional Affiliate events, and training for your organization. We also host free monthly Town Call webinars, maintaining the world's largest registry of LGBT employee resource groups which connects LGBT employee resource group leaders from around the world. Contact info@outandequal.org with any questions.

Copies of Out & Equal at Work can be purchased online or via Amazon for electronic versions. 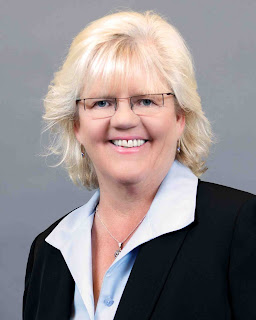 Selisse Berry is Founding Executive Director of Out & Equal Workplace Advocates. Under her leadership, the organization has grown significantly with dramatic increases in attendance at the annual Workplace Summit and the expansion of programs and global initiatives. Selisse is a frequent speaker on workplace equality and has spoken across the United States and abroad including recent presentations in the United Kingdom, the Netherlands, Italy, Canada, Hungary, the West Indies, and Mexico. Her most recent awards include the Outstanding Hero Congressional Recognition from Congresswoman Nancy Pelosi; the Parks Award* in Rome, Italy; and the KQED Local Heroes Award** in San Francisco, California. Selisse is the editor of Out & Equal at Work: From Closet to Corner Office, Out & Equal’s new anthology of personal stories of executive trailblazers who have transformed the workplace for lesbian, gay, bisexual, and transgender people.

Selisse’s clear and unwavering vision has been instrumental in creating an international organization whose philosophy reflects the importance of treating all colleagues in the workplace with respect and dignity. Since her first job as a guidance counselor, Selisse has continued her commitment to justice as a teacher and as a leader of several social service organizations prior to founding Out & Equal Workplace Advocates. She has master’s degrees in education and theology from the University of Texas and San Francisco Theological Seminary respectively. Selisse and her wife, Cynthia Martin, were legally married in California in 2008.

The organization has grown significantly with dramatic increases in attendance for the annual Workplace Summit, the expansion of regional affiliates across the United States, and many global initiatives. Out & Equal has created numerous programs to advance its mission, including the first Global Summit in London, the annual Out & Equal Workplace Summit, the LGBT Executive Forum and Leadership Celebration, bimonthly Town Call seminars and the world’s largest registry of LGBT Employee Resource Groups.

Out & Equal is committed to creating safe and equitable workplace environments for lesbian, gay, bisexual, and transgender employees. We believe that people should be judged by the work they do, not by their sexual orientation or gender identity. Every day, we work to protect and empower employees to be productive and successful—so they can support themselves, their families, and contribute to achieving a world free of discrimination for everyone.