Promo (Book Trailer): The Turncoat Renegades of the Revolution by Donna Thorland 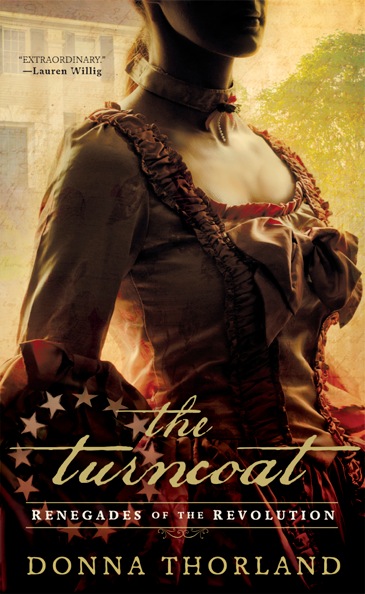 They are lovers on opposite sides of a brutal war, with everything at stake and no possibility of retreat. They can trust no one — especially not each other.

Major Lord Peter Tremayne is the last man rebel bluestocking Kate Grey should fall in love with, but when the handsome British viscount commandeers her home, Kate throws caution to the wind and responds to his seduction. She is on the verge of surrender when a spy in her own household seizes the opportunity to steal the military dispatches Tremayne carries, ensuring his disgrace — and implicating Kate in high treason. Painfully awakened to the risks of war, Kate determines to put duty ahead of desire, and offers General Washington her services as an undercover agent in the City of Brotherly Love.

Months later, having narrowly escaped court martial and hanging, Tremayne returns to decadent, British-occupied Philadelphia with no stomach for his current assignment—to capture the woman he believes betrayed him. Nor does he relish the glittering entertainments being held for General Howe’s idle officers. Worse, the glamorous woman in the midst of this social whirl, the fiancée of his own dissolute cousin, is none other than Kate Grey herself. And so begins their dangerous dance, between passion and patriotism, between certain death and the promise of a brave new future together.


The Turncoat trailer was produced and directed by Donna Thorland and Peter Podgursky, and shot on the Red Epic camera by Charles DeRosa over two days at the Shirley Eustis House in Roxbury, Massachusetts, the only colonial governor’s mansion still standing in America. Starring Angie Jepson Marks, Liam McNeill, Georgia Lyman, Douglas Cochrane and Alan White, with fight choreography by Kim Carrell, appearances by the members of Gardner’s Regiment, the First Foot Guards and the Tenth Regiment of Foot, and a score written and performed by Emmy winner David Klotz. 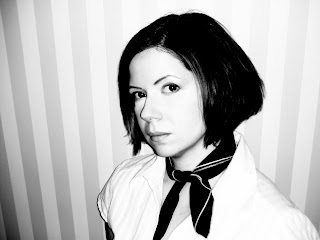 A native of Bergenfield, New Jersey, Donna attended Saddle River Day School and graduated from Yale with a degree in Classics and Art History and then moved to Boston. For many years she managed architecture and interpretation at the Peabody Essex Museum in Salem, and wrote and directed the Witch City’s most popular Halloween theater festival, Eerie Events. She earned an MFA in film production from the USC School of Cinematic Arts, where she produced several award winning films. Donna has been a sorority housemother, a Disney/ABC Television Writing Fellow, a WGA Writer’s Access Project Honoree, and a staff writer on the ABC primetime drama, Cupid. Her screenwriting credits include episodes of the animated series, Tron: Uprising. Her short fiction has appeared in Alfred Hitchcock’s Mystery Magazine and Albedo One. The director of several award-winning short films, her most recent project, The Night Caller, aired on WNET Channel 13 and was featured on Ain’t It Cool News. She is married with one cat and divides her time between Los Angeles and Salem.


Find out more about Donna and The Turncoat: Renegades of the Revolution online!
Website | Blog | Facebook | Goodreads