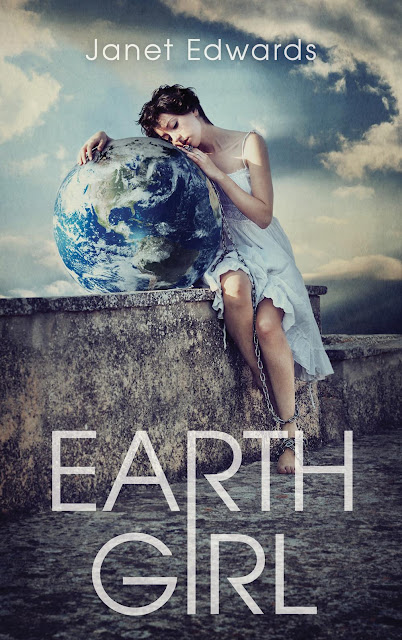 2788. Only the handicapped live on Earth. Eighteen-year-old Jarra is among the one in a thousand people born with an immune system that cannot survive on other planets. Sent to Earth at birth to save her life, she has been abandoned by her parents. She can’t travel to other worlds, but she can watch their vids, and she knows all the jokes they make. She’s an “ape,” a “throwback,” but this is one ape girl who won’t give in.

Jarra makes up a fake military background for herself and joins a class of norms who are on Earth for a year of practical history studies excavating the dangerous ruins of the old cities. She wants to see their faces when they find out they’ve been fooled into thinking an ape girl was a norm. She isn’t expecting to make friends with the enemy, to risk her life to save norms, or to fall in love.

If you're an international reader, I know how you feel. Well, a little bit anyways. You know how there are these really fantastic books in the US that come out, and it's impossible for you to get your hands on them? This was a book like that for me. Earth Girl has been out in the UK since last year, but it doesn't release in the States until March! (That's forever for someone who expects a healthy dose of instant gratification in all the things.) Yes, I know I could get it from Fishpond (which is my saving grace sometimes), but honestly, it can be expensive. (This is why I have never bought my own copy of Burn Bright.) So here I am, knowing a book is out in the world, but I'm unable to get my grubby little hands on it.

It's not a good feeling.

In a way, that very thing also reminded me of the main character in Earth Girl, Jarra. There is this whole universe out there, she knows it, and it's out of her reach. When I started reading the book, I thought Jarra would be a girl like this: 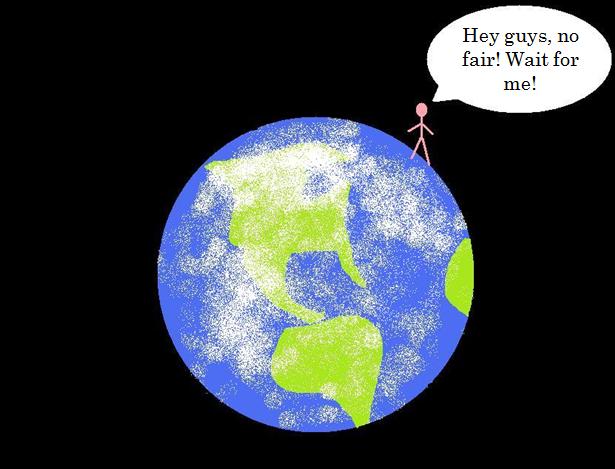 I can assure you that this is not the case. Jarra was not the type to mope silently about her crappy luck. She was a firecracker and one of the best teen characters that I've read. She's impulsive, aggressive, and angry to the point that I wanted to throttle her, but she was also very sympathetic. What if it was humanly possible to travel anywhere in the universe, and you were a part of that minuscule percentage of people who couldn't survive off-planet? Hell, most of the parents of these children just dropped them off on Earth and went on with their lives. It had to be hard, and Jarra was pissed and messed up over the way her cards were dealt to her. She wanted to follow her dreams in such a way that she could prove to those without her disability that she is just as good as any other human in existence, and I don't think she could've ever been happy without trying to do it. 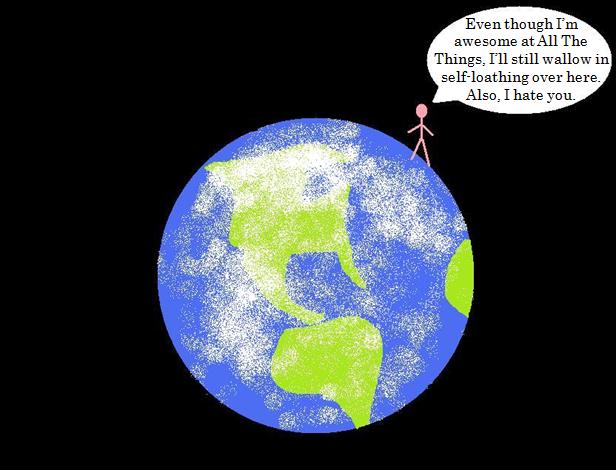 She is clearly not the girl on the book cover.

Basically, this book is about Jarra being a lying, confrontational teen who feels confined by her situation trying to find herself by proving her worth to people who would probably never have looked down on her because she was as prejudiced and discriminatory as she expected them to be. Wait, isn't that almost every teenager ever? Yes? Okay, now imagine the situation a few centuries in the future, and you have Earth Girl.

Yes, there is a lot more to the story than Jarra (along with some excellent world-building!), but she was really the driving force behind the novel. I want to try to avoid as many spoilers as possible when it comes to her, though there's nothing that would necessarily ruin the book. Let's just leave it at this - Earth Girl is truly unique and worth reading. Trust me.

Since today is my birthday, and I really loved this book, one of YOU are going to get the gift this year. There is going to be my standard easy entry (of course), but I'm also going to add some extra entries for following me, Janet Edwards, and Pyr Books in various ways. As always, thank you so much for being here and being you. *hugs*

a Rafflecopter giveaway
To satisfy FTC guidelines, I am disclosing that I received an advance reading copy of the book for reviewing purposes from the publisher in exchange for an honest review. All opinions expressed are rambling, honest, and completely my own.