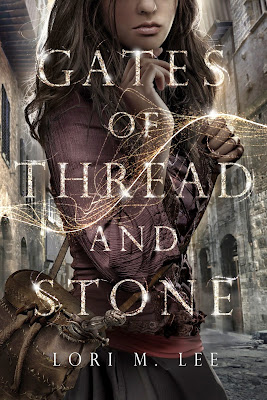 In the Labyrinth, we had a saying: keep silent, keep still, keep safe.

In a city of walls and secrets, where only one man is supposed to possess magic, seventeen-year-old Kai struggles to keep hidden her own secret—she can manipulate the threads of time. When Kai was eight, she was found by Reev on the riverbank, and her “brother” has taken care of her ever since. Kai doesn’t know where her ability comes from—or where she came from. All that matters is that she and Reev stay together, and maybe one day move out of the freight container they call home, away from the metal walls of the Labyrinth. Kai’s only friend is Avan, the shopkeeper’s son with the scandalous reputation that both frightens and intrigues her.

Then Reev disappears. When keeping silent and safe means losing him forever, Kai vows to do whatever it takes to find him. She will leave the only home she’s ever known and risk getting caught up in a revolution centuries in the making. But to save Reev, Kai must unravel the threads of her past and face shocking truths about her brother, her friendship with Avan, and her unique power.

This is a Kindle daily deal, so the reduced price is only good for today, November 19, 2014. This book has an average of 3.72 stars out of 5 stars on Goodreads. I haven't read it yet, but I did buy it when it was released. This doesn't seem to be available as an e-book on any of other major e-book retailers, but it is part of Amazon's Kindle Unlimited program. 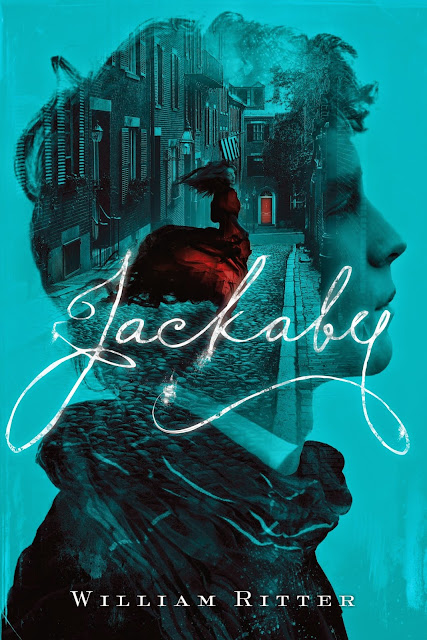 “Miss Rook, I am not an occultist,” Jackaby said. “I have a gift that allows me to see truth where others see the illusion--and there are many illusions. All the world’s a stage, as they say, and I seem to have the only seat in the house with a view behind the curtain.”

Newly arrived in New Fiddleham, New England, 1892, and in need of a job, Abigail Rook meets R. F. Jackaby, an investigator of the unexplained with a keen eye for the extraordinary--including the ability to see supernatural beings. Abigail has a gift for noticing ordinary but important details, which makes her perfect for the position of Jackaby’s assistant. On her first day, Abigail finds herself in the midst of a thrilling case: A serial killer is on the loose. The police are convinced it’s an ordinary villain, but Jackaby is certain it’s a nonhuman creature, whose existence the police--with the exception of a handsome young detective named Charlie Cane--deny.

Doctor Who meets Sherlock in William Ritter’s debut novel, which features a detective of the paranormal as seen through the eyes of his adventurous and intelligent assistant in a tale brimming with cheeky humor and a dose of the macabre.

This is a Kindle daily deal, so the reduced price is only good for today, November 19, 2014. This book has an average of 3.77 stars out of 5 stars on Goodreads. I haven't read it yet, but I did buy it today, adding it to the ever growing pile of shame. 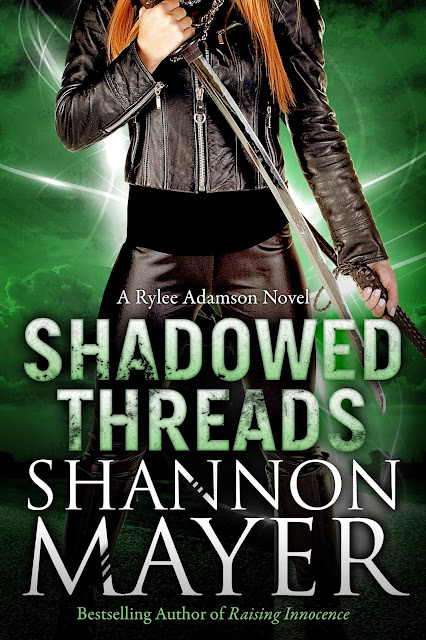 When children go missing, and the Humans have no leads, I'm the one they call. I am their last hope in bringing home the lost ones. I salvage what they cannot.

O’Shea is AWOL, and Tracking him is proving to be harder than I expected.

Not to mention the small fact that I have the Beast of Bodmin Moor chasing me across Europe, in a race against the odds, and my life as the prize.

But those things are minor compared to the secrets that finally come to light.

Secrets I wish had stayed hidden in the darkness . . . .

This is a Kindle Countdown Deal and the price will return to normal at the end of the countdown. This book has an average of 4.17 stars out of 5 stars on Goodreads. I rated this 3 stars. I enjoy this series quite a lot, because it's a light Urban Fantasy. This doesn't seem to be available as an e-book on any of other major e-book retailers, but it is part of Amazon's Kindle Unlimited program.