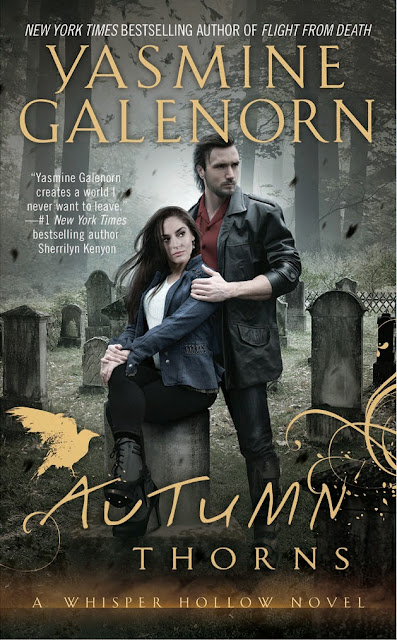 Fifteen years ago, I ran away from Whisper Hollow, Washington, a small town on Crescent Lake in the Olympic Peninsula. But truth is, if you were born here, you can never really leave. I’m Kerris Fellwater, and when I returned, I inherited my grandmother’s house—and her gift. As a spirit shaman, it’s my responsibility to drive the dead back to their graves, because around Whisper Hollow, people—and secrets—don’t always stay buried.

When I was little, I was told my mother ran off. But now it looks like she was murdered. With the help of my mysterious neighbor Bryan, we begin to unravel the mystery of her disappearance, and in doing so, unearth a dark force seeking to bury Whisper Hollow. Now I must work with the dead, rather than against them, because our enemy will do whatever she can to destroy the town, and she means to start with me.

I never finished Galenorn's Sisters of the Moon series; I think I stopped aroudn book 7. I really liked the world, the three main characters and the magic, but I think I was too much of a prude for the series. I just love the premise to this one though, AND it has a deliciously creepy cover....and it's releasing right before Halloween! I kind of can't pass up an urban fantasy book with gravestones on the cover that will release 4 days before Halloween.