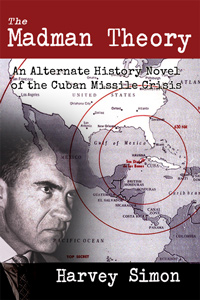 It is 1962 and there are children at play in the White House for the first time since the presidency of William Howard Taft.

Richard Nixon, the vigorous 49-year-old president, has been in office less than two years, having won election by a razor-thin margin over Senator John Kennedy.

In Moscow, the wildly unpredictable Nikita Khrushchev is looking forward to visiting his cherished revolutionary leader, Fidel Castro. Just 90 miles from American shores, Khrushchev will announce an audacious and dangerous nuclear stunt to abruptly shift the balance of power—a secretly-built network of missiles across Cuba that put American cities in the atomic crosshairs.

But President Nixon has his own announcement planned. A U.S. spy plane has discovered the missiles being set up in Cuba and Nixon will soon address the nation to announce his response.

Meanwhile, First Lady Pat Nixon is in California to look at a San Clemente house the first couple may purchase. Seeing shoppers crowd around a store-window television, Pat gets her first inkling of trouble. Dick has always insisted she not listen to the news and she is happy, for now, to return to her correspondence.

In the coming days, the confrontation between the U.S. and its nuclear foe will escalate. The president will weigh his determination to overthrow Castro against the risk of all-out war as Pat struggles to reconcile her estrangement from the man who thrust her into a public life she despises with her sense of a wife’s proper role.


A Conspiracy Theory?
by Harvey Simon

When President John F. Kennedy was asked why his margin of victory in the 1960 election had been so slim – one of the closest in history – he joked that his father had promised to buy him the presidency, but hadn’t wanted to spend more than was necessary for victory.

In my novel, The Madman Theory, I tell the story of what might have happened if that election hadn’t gone for Kennedy, whether you think Kennedy won because of fraud or simply because more people – albeit a tiny percentage more – voted for the Democratic Party candidate.

President Kennedy’s father, Joe Kennedy Sr., was a wealthy businessman with a checkered past, which included statements supporting the Nazis in Germany, bootlegging during the prohibition era and close connections with organized crime.

Seymour Hersh, in his book, The Dark Side of Camelot, details the allegations that Joe used those connections with organized crime and mob-controlled unions to buy votes for his son in Illinois.

On election night, the mayor of Chicago, Richard J. Daley, supposedly told J.F.K., “With a little bit of luck and the help of a few close friends, you’re going to carry Illinois.”

Kennedy’s Republican opponent, Richard Nixon, certainly believed the election had been stolen from him and the defeat contributed to Nixon’s bitterness about politics. But Nixon decided not to contest the election results.

Nixon didn’t believe the recount would be fair – in Illinois, it would be controlled by Democrats. And if he contested the election and lost, he’d be branded a sore loser. That, he thought, would end his political career. And so Nixon, who was vice president at the time, presided over the formal ceremony in Congress giving the presidency to the man he believed had defrauded him.

Whether Nixon and others were right is debatable. Some serious scholarship shows that voter irregularities were not sufficient to tip the election for Kennedy. Whether Kennedy won fair and square or by fraud, we certainly came exceedingly close to living in a world where Richard Nixon was inaugurated in January 1961, instead of John Kennedy. If you’re curious about what that world would have been like, and the consequences for our lives today, you’ll enjoy my novel, The Madman Theory.


Buy your copy today on Amazon!
Don't forget to add The Madman Theory to your TBR list on Goodreads! 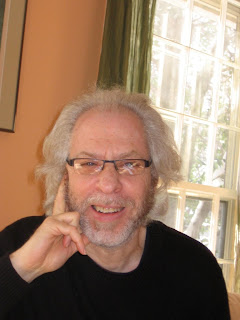 Harvey Simon is a freelance writer living in Washington, DC. His articles have appeared in The Los Angeles Times, The Boston Globe Sunday Magazine and elsewhere. Before moving to Washington he was a national security analyst at Harvard University, where he also wrote about other public policy issues. He received his undergraduate degree from Cornell University and an M.A. in philosophy from the University of Massachusetts at Amherst.