The following books are suitable for MATURE READERS ONLY!

Before 50 Shades of Grey & Bared To You There was…. 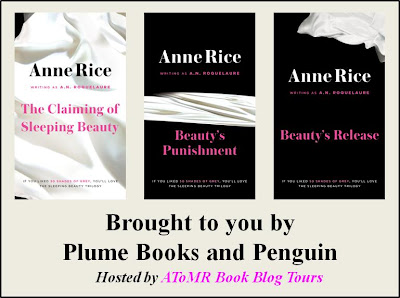 By Anne Rice
WITH A NEW PREFACE BY THE AUTHOR

People are much more comfortable today admitting and talking about what they enjoy in fiction and film. Much more. People are “out of the closet” about sexuality, period. The whole world knows women are sensual human beings as well as men. It’s no secret anymore that women want to read sexy fiction just as men do, and there’s a new frankness about the varieties of fantasies one might enjoy. So many clichés have been broken and abandoned. And this is a wonderful thing. – From Anne Rice’s new preface in the Sleeping Beauty Chronicles

The series is more popular than ever, and with sadomasochistic erotica dominating bestseller lists, more and more people are discovering this classic trilogy. Now her books will be available for a whole new generation of erotica fans. All three books will hit stores nationwide on July 11th 2012, from Plume with a provocative new preface and gorgeous re-package: 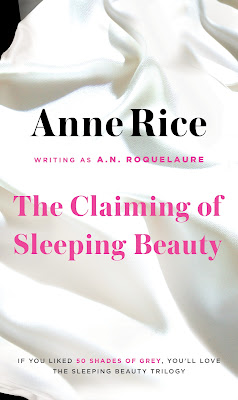 In the first book of the series; THE CLAIMING OF SLEEPING BEAUTY (July 11, 2012/ISBN: 9780452281424/$16.00), Rice follows the traditional folktale of Sleeping Beauty, the spell cast upon the lovely young can only be broken by the kiss of a Prince. In Rice’s steamy retelling, The Prince awakens Beauty, not with a kiss, but with sexual conquer. His reward for ending the hundred years of enchantment is Beauty's complete and total enslavement to him. Rice’s exploration of the master and sexual slave fantasy is both elegant and arousing under her skillful pen. 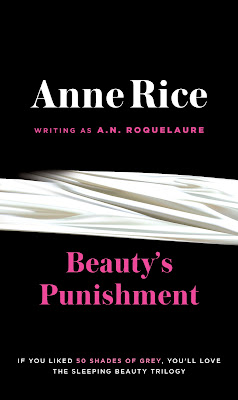 BEAUTY’S PUNISHMENT (July 11, 2012/ISBN: 9780452281431/$16.00) continues her explicit, teasing exploration of the psychology of human desire. Now Beauty, having indulged in a secret and forbidden infatuation with the rebellious slave Prince Tristan, is sent away from the Satyricon-like world of the Castle. Sold at auction, she will soon experience the tantalizing punishments of "the village," as her education in love, cruelty, dominance, submission, and tenderness is turned over to the brazenly handsome Captain of the Guard. And once again Rice's tale of pleasure and pain dares to explore the most primal desires of the human heart. 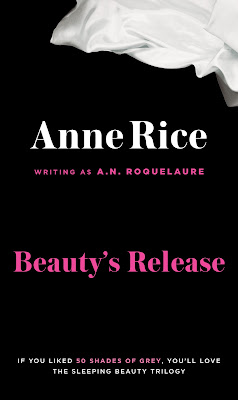 In the final volume of Anne Rice's titillating erotic trilogy, BEAUTY’S RELEASE (July 11, 2012/ISBN: 9780452281455) , Beauty's adventures on the dark side of sexuality make her the bound captive of an Eastern Sultan and a prisoner in the exotic confines of the harem. As this voluptuous adult fairy tale moves toward conclusion, all Beauty's encounters with the myriad variations of sexual fantasy are presented in a sensuous, rich prose that intensifies this exquisite rendition of Love's secret world, and makes the Beauty series and incomparable study of erotica. In it, Anne Rice makes the forbidden side of passion a doorway into the hidden regions of the psyche and the heart.

Plume Books (a division of the Penguin Group) is kindly giving away one print copy of The Claiming of Sleeping Beauty to a lucky winner. Unfortunately, this is US Only. Just follow the instructions on the Rafflecopter form below (be sure to look at the Terms & Conditions!), and you're in!

a Rafflecopter giveaway
ABOUT PLUME