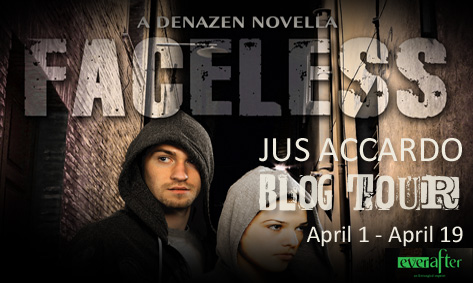 My name is Brandt Cross, and I died. Again…

I'm living in the body of a Six named Douglass Cain, a certifiable scumbag whose ability is on Zendean Industries—AKA Denazen's—most wanted list. There’s some serious bad going down, and Ginger, the leader of the Underground, sent me undercover to obtain information because people are dying.

My cousin, Dez, is dying…

Denazen thought they’d found a cure for the Supremacy decline, but they were wrong. That’s the bad news. The good news? Franklin Wentz.

Wentz, the owner of a genetic research company, is brilliant and just a little bit crazy. He’s unwittingly created a formula that may cure the sick Supremacy kids, and everyone wants it—including Devin, the super hot Resident.

Get the formula. Save the day. Don’t fall for the hot spy. Piece of cake.

“Damn it, Frank,” Nader cursed. He flicked a piece of something—it looked like a chunk of the ceiling—from Wentz’s shoulder. “I warned you to get out of this office. The ground floor isn’t safe.”

“I like this office,” Wentz countered, dusting off the front of his jacket. He flashed Nader a huge smile. “It’s got a great view.”

Nader’s eyes bulged. Something told me the guy was wound tighter than fishing line. “A great view? Are you insane? It overlooks the employee parking lot!”

Wentz shrugged. “I like the parking lot.” He turned to me, expression slipping momentarily into the serious zone. “You all right?”

“For someone who almost had his head blown off? I’m killer.”

Wentz clasped both hands together, seriousness lasting no more than three point five seconds—probably some kind of record for the guy. “Great. Let’s go see what’s taking our breakfast order so long, shall we?”

Unable to speak, I watched him head for the door like nothing happened. Nader, though, had no problem forming a sentence. “I’d think twice about coming back tomorrow, kid. Frank’s personal assistants don’t usually last long.”

Nader shrugged. He surveyed the room, lips tilting downward as he bent to retrieve the remnants of a slightly singed notebook. Tossing it to me, he said, “Short life spans.”

Jus Accardo spent her childhood reading and learning to cook. Determined to follow in her grandfather’s footsteps as a chef, she applied and was accepted to the Culinary Institute of America. At the last minute, she realized her path lay with fiction, not food, and passed on the spot to pursue writing.

Jus is the bestselling author of YA paranormal romance and urban fantasy fiction. A native New Yorker, she lives in the middle of nowhere with her husband, three dogs, and sometimes guard bear, Oswald. Her first book, Touch was released in November 2011 from Entangled Publishing. She is currently working on the next book in the Denazen series.

April 12th
Confessions of a Vi3tbabe

Enter to win a digital copy of Faceless by Jus Accardo by filling out the Rafflecopter form below.