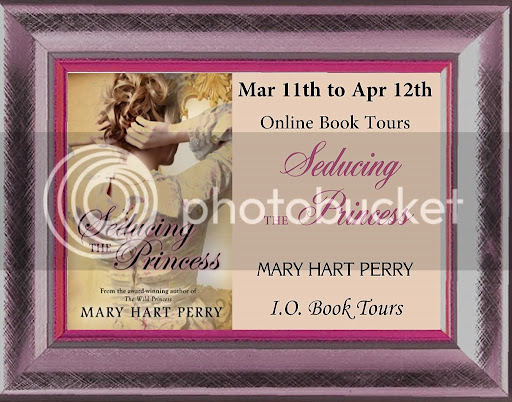 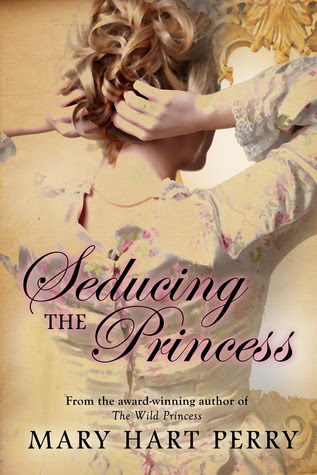 Mary Hart Perry’s acclaimed series of romantic Victorian thrillers continues with Seducing the Princess, inspired by the life of Queen Victoria’s youngest daughter Beatrice. Painfully shy and lonely, convinced she is unattractive and unloved, the dutiful Princess Beatrice finally accepts that she will never marry and vows to devote herself to the queen in Victoria's waning years. In fact, her mother has secretly discouraged suitors for Beatrice’s hand. Just when she has all but given up on love and happiness, she meets Henry Battenberg, a dashing nobleman from the Continent who matches wits with the aging Victoria and risks his life and liberty to woo Bea.

But Henry isn't the only man interested in being welcomed into Beatrice's bed. The timid princess has become the target of a cruel plot hatched by her nephew, the madman destined to become the last Emperor of Germany. Wilhelm II sends a ruthless agent, a charming Scot, to seduce the naive princess and spy on the queen. How can the sheltered princess hope to fend off a man capable of murder, and perhaps worse, to get what he wants? But Beatrice is not without her own allies--her older sister Louise and Louise's American soldier-of-fortune and lover, Stephen Byrne. Will Beatrice discover which of the two men pursuing her she can trust, before it's too late? Drama, romance and peril chase the royal family from Buckingham Palace to a storm besieged castle on the Isle of Wight.

Last year I had the pleasure of reading and reviewing The Wild Princess by Mary Hart Perry. It was an enjoyable read that left me eager to read Perry's other novels about the Victorian princesses. When I was given the opportunity to review Seducing the Princess, I jumped at it.

As a history major, I've read a good bit about Queen Victoria and her family, but I always found her immediate family to be a bit dull. (Seriously, how can you compete with the craziness and drama of the Middle Ages?) Perry's first novel piqued my interest in the family, and Seducing the Princess did not disappoint. Princess Beatrice, known to her family as "Baby", seems to be stuck in her situation of being the eternal companion of her mother Queen Victoria. She soon finds herself with two suitors, Prince Henry of Battenberg and Gregory MacAlister, a minor Scottish nobleman sent by Wilhelm II of Germany. It was not until after I finished the novel that I realized the historical accuracy (with some fictionalization for effect, of course) of the novel, as I am not familiar with the details of Victoria and her children's personal lives.

As for the story in Seducing the Princess itself, I was very pleased. I connected to Beatrice almost immediately. As the oldest unmarried female in my family and still living at home, I definitely understood how she felt. She was nowhere near as clumsy, ignorant, or dull as she was perceived to be, and I felt just as frustrated as her when she was treated as such. Her suitors, Henry and Gregory, were just as compelling in their own ways. Henry truly cared about Beatrice, and that was made evident from the beginning. On the other hand, Gregory was a nasty villain that I enjoyed detesting. He did a lot of really awful things, the least of which being spying and attempting to seduce Princess Beatrice. There was a lot of drama, but it only served to make the book extremely difficult to put down. I may have used Wikipedia to cheat and see what happened with Beatrice near the beginning of the novel, but it did not lessen my enjoyment.

Overall, I found Seducing the Princess to be just as good as The Wild Princess, and Mary Hart Perry is now one of the historical romantic fiction authors that I will automatically read when I see her work. I recommend this novel to any reader of the genre, and I am looking forward to Perry's next book about Queen Victoria's daughters. 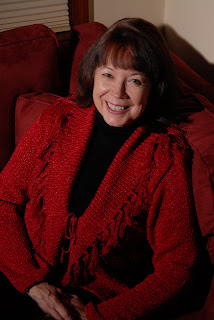 Kathryn Johnson lives in the Washington, DC area with her husband and two feline writing partners, Tempest and Miranda. The author of over 40 novels, she's written under her own name and a variety of pen names, including Mary Hart Perry, Kathryn Jensen, KM Kimball and Nicole Davidson. She also teaches fiction-writing workshops for the renowned Writer's Center in Bethesda, Maryland. And, in 2008, she founded Write by You (www.WriteByYou.com), to coach other writers interested in reaching publication. She has been nominated for the prestigious Agatha Christy Award, and won the Heart of Excellence and Bookseller's Best Awards (sponsored by the Romance Writers of America) in 2011.

Her works in progress include a series of Victorian thrillers inspired by the lives of Queen Victoria's five daughters. The first novel, The Wild Princess, focuses on Princess Louise, who desperately wanted an education as a professional artist, at a time when women were not admitted into art schools. Her personal life becomes complicated when she uncovers a secret about her husband and must help protect her mother from an assassination attempt. The second book of the series, Seducing the Princess, launches April 2, 2013, and features Victoria’s youngest daughter Beatrice. Painfully shy and lonely, the dutiful Princess has promised never to marry and to devote herself to the queen in Victoria's waning years. Just when she has all but given up on love and happiness, she meets Henry Battenberg, a dashing nobleman from the Continent who risks his life and liberty to woo Bea and save both his beloved and the queen from a cruel plot. A third novel, to be published later in 2013, will star Crown Princess Vicky.

Enter to win one of two $10US Gift Cards

a Rafflecopter giveaway
To satisfy FTC guidelines, I am disclosing that I received an ecopy of the book from the publisher or author via Innovative Online Book Tours in exchange for an honest review. It has in no way affected the outcome. All opinions expressed are rambling, honest, and completely my own.