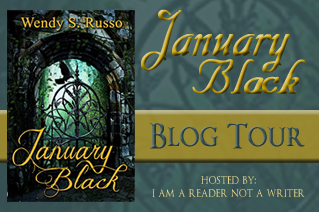 Sixteen-year-old genius Matty Ducayn has never fit in on The Hill, an ordered place seriously lacking a sense of humor. After his school’s headmaster expels him for a small act of mischief, Matty’s future looks grim until King Hadrian comes to his rescue with a challenge: answer a question for a master’s diploma.

More than a second chance, this means freedom. Masters can choose where they work, a rarity among Regents, and the question is simple.

What was January Black?

It’s a ship. Everyone knows that. Hadrian rejects that answer, though, and Matty becomes compelled by curiosity and pride to solve the puzzle. When his search for an answer turns up long-buried state secrets, Matty’s journey becomes a collision course with a deadly royal decree. He's been set up to fail, which forces him to choose. Run for his life with the challenge lost...or call the king’s bluff.

I have been asked how my book cover came about, and well, I don't rightly know. I filled out a cover form. Something happened. And then on New Years Eve, Steph Murray emailed me The Cover.

Anyhow, to fill in the "something happened," I asked my cover artist, Taria Reed, a few questions, which she graciously answered.

Wendy: Can you walk me through the process of a cover creation, from receiving the form to delivery?

Taria: Everyone always asks this question…lol. It all starts with me getting a CAIS (cover art info sheet). I’ll read through it a few times to make sure I don’t have any questions. I usually start with the author’s idea. It’s their story and they usually have an idea of what they want. It’s my job to take their idea and make it better. Most times I start with the background and work my way to the foreground, but in the case of January Black I worked with the foreground and worked my way backward. Once I have a cover that I like I send it to the publisher. If they don’t have any objections they forward it to the author.

Wendy: I know that you're a really busy lady. You have a photography studio. You create book covers for more than one publisher, as well as freelance. And you have a young family. I know that you don't read the books, but work off the cover form. What did you think of the details I gave [Crescent Moon Press] for January Black?

Taria: Is this a trick question? Lol. I was stumped for a few hours with January Black. And after reading your CAIS a few more times and having a chat with Marlene it all clicked and once the flood gate was open it just poured out in a matter of hours. I was up VERY LATE finishing your cover.

Wendy: The garden door is the element that is featured on the cover. What other ideas did you have?

Taria: My first cover idea was based on your idea with the irises, the hill, and dirty hands. Honestly it was a hot mess…lol. After a quick chat with Marlene things just clicked and you got the beautifully creepy gate and garden scene.

Wendy: And more than one person has told me it’s creepy in an alluring sort of way. Marlene told me in December that she was working with you on the cover, and that I was going to love it. (And I do!) How involved does CMP get with the cover creation?

Taria: CMP usually just lets me do my own thing. If there is something they want to tweak on a cover they request it but for the most part they let me get as creative as I want to get.

Wendy: In an interview I read recently, there were rules mentioned. Things that CMP doesn't want to see on their covers. Please tell me about those.

Taria: Ahh the rules. Well CMP has two main rules that I try to follow as much as I can. Rule #1 is no bare chests. Of course I push the line on that rule as much as I can because who can resist an awesome cover with a muscular man chest ;). Rule #2 is no casting, which means no straight on faces. I can get around this rule with strategic placement of shadows and hair, but I do try to avoid it if possible. Honestly, those are the only rules I remember…..lol.

Wendy: Can you tell me what your very favorite cover ever?

The lovely, and talented, Taria Reed is a portrait photographer who lives and works in New Jersey. As an author, I am grateful to have had my story in her capable hands.

Refreshingly intelligent and loads of fun!

I lost a few hours as I read this book. It's a Young Adult novel that is refreshingly and astonishingly intelligent, and the love story is perfectly played out. ~Christine Ashworth, Amazon Review

The mystery was intriguing - I loved how Wendy Russo weaved in all her secrets throughout the book, how she incorporated just enough to keep you reading, while never actually divulging much of anything. I was guessing for most of it and that's pretty hard to make me do. ~Julie, Clean Teen Reads

Wendy S. Russo got her start writing in the sixth grade. That story involved a talisman with crystals that had to be found and assembled before bad things happened, and dialog that read like classroom roll call. Since then, she’s majored in journalism (for one semester), published poetry, taken a course on short novels, and watched most everything ever filmed by Quentin Tarantino. A Wyoming native transplanted in Baton Rouge, Wendy works for Louisiana State University as an IT analyst. She’s a wife, a mom, a Tiger, a Who Dat, and she falls asleep on her couch at 8:30 on weeknights.

Ends at 12:01am EST on May 9th
a Rafflecopter giveaway Open only to those who can legally enter, receive and use an Amazon.com Gift Code or Paypal Cash. Winning Entry will be verified prior to prize being awarded. No purchase necessary. You must be 18 or older to enter or have your parent enter for you. The winner will be chosen by rafflecopter and announced here as well as emailed and will have 48 hours to respond or a new winner will be chosen. This giveaway is in no way associated with Facebook, Twitter, Rafflecopter or any other entity unless otherwise specified. The number of eligible entries received determines the odds of winning. Giveaway was organized by Kathy from I Am A Reader, Not A Writer and sponsored by the author.