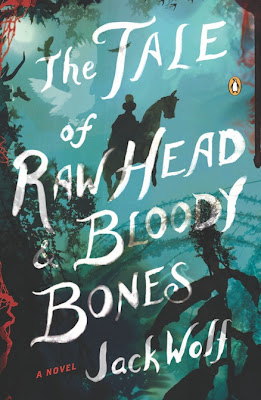 An explosive and daring debut novel set during the Enlightenment that tells the tale of a promising young surgeon-in-training whose study of anatomy is deeply complicated by his uncontrollable sadistic tendencies.

Meet Tristan Hart, a brilliant young man of means. The year is 1751, and Mr Hart leaves his Berkshire home for London to lodge with his father's friend, the novelist and dramatist Henry Fielding, and study medicine at the great hospital of University College. It will be a momentous year for the cultured and intellectually ambitious Mr Hart, who, as well as being a student of Locke and Descartes and a promising young physician, is also, alas, a psychopath. His obsession is the nature of pain, and preventing it during medical procedures. His equally strong and far more unpredictable obsession is the nature of pain, and causing it. Desperate to understand his own deviant desires before they derail his career and drive him mad, Tristan sifts through his childhood memories, memories that are informed by dark superstitions about faeries and goblins and shape-shifting gypsies. Will the new tools of the age - reason and science and skepticism - be enough to save him?

Unexpectedly funny, profoundly imaginative, and with a strange love story at its heart, The Tale of Raw Head and Bloody Bones is a novel about the Enlightenment, the relationship between the mind and body, sex, madness, the nature of pain, and the existence of God.

We (that is, Kayla and Will) both read The Tale of Raw Head & Bloody Bones by Jack Wolf and are doing our first joint review.

Will: Just a few pages in, I was already thrown off. Archaic wording and weird syntax and odd capitalization Of words that Don't really need it. Weird. I hoped It was just the prologue weirdness And that it would get Over it. Yeares?!? Years! Gah!

Kayla: Yeah, that held me up a little at first, too. I did get used to it, and it did not really take away from the readability of the book. I guess I figured out how to block it off in my brain. You did capitalize the wrong words though. Mr. Wolf only capitalized every noun. How did it go other than that?

Kayla: Well, that's it for the joint review, I suppose. It did pick up, but it was not an easy read.

The Tale of Raw Head & Bloody Bones was a book that actually pretty well embodied everything that is teased in the description. It is a book about a psychopath who has a morbid obsession with pain, therefore making it a book that was not exactly easy for me to read. However, it was truly a beautiful and imaginative novel that I was happy to work through.

When I first started reading the book, I was thrown off by the capitalization of every noun in every sentence on every page. Everywhere. It was jarring and distracting for me at first, but I managed to ignore it for the most part. I think that in itself will turn off a lot of readers that are not either used to reading very old novels or aren't utterly dedicated to literary fiction. Yes, the writing was beautiful, but I don't know if the style helped The Tale of Raw Head & Bloody Bones really transcend to another level. Would the book be better served without the capitalization? I don't know, and that's not really my call. I do think that a lot of readers will shy away from it.

Tristan Hart, the protagonist, was where I found myself having a little bit of trouble with the book. The story is told from his first person point of view, and he is a very unreliable narrator. He is, as said before, a psychopath and just a little bit insane. Since he does not understand what is going on in some situations, it's difficult to tell what is real and what is in his imagination. He is also very, very twisted. He is fascinated by the causing of pain, and, lucky for him, also happens to find himself in the medical field. He is also good at what he does and wants to help people. Tristan also has a very obsessive nature, be it with his friends or pursuing the perfect pain-induced scream.

The world-building of The Tale of Raw Head & Bloody Bones is very interesting and mostly well done. It is a mixture of eighteenth century London and English countryside (I'm not familiar with the locations, so I'm assuming that's where Hart's house/land is) interspersed with religion, fairy tales, and superstitions. These things were a major part of life in those days, and it is portrayed fairly well in the novel. There is a shape-shifting gypsy, a bat-like child, and a Goblin Knight that make an appearance in the novel, but because of Tristan being such an unreliable narrator, I was constantly questioning whether the fae beings were real, or a product of his madness. This helped accentuate the story because Tristan himself was questioning his sanity.

The Tale of Raw Head & Bloody Bones is a dark book and not an easy read, but I found it to be worth the effort in the end. I cannot say that I completely understood the novel or what was always happening, but I think after rereading it, I'll have a better grasp of the story. (It's been a long time since I've had such a strange book.) If you are someone who enjoys psychological terror or meaty paranormal reads, then The Tale of Raw Head & Bloody Bones is definitely for you.

Jack Wolf is currently studying for a Ph.D. and is at work on his second novel. He lives in the United Kingdom. The author was a woman when he wrote the book and is now transgender.

Thanks to the publisher, there is a copy of The Tale of Raw Head & Bloody Bones that one of my readers can win today on the blog. The winner must have an address in the US or Canada ONLY. (So if you're an international reader and have a buddy that is willing to send the book to you, that's fine.)


Ends at 12:01am EST on April 23rd
a Rafflecopter giveaway
To satisfy FTC guidelines, I am disclosing that I received a copy of the book from the publisher via TLC Book Tours in exchange for an honest review. It has in no way affected the outcome. All opinions expressed are rambling, honest, and completely my own.