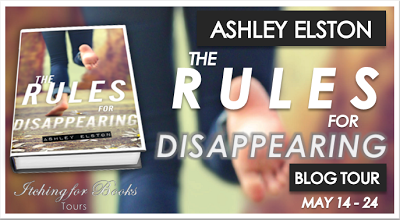 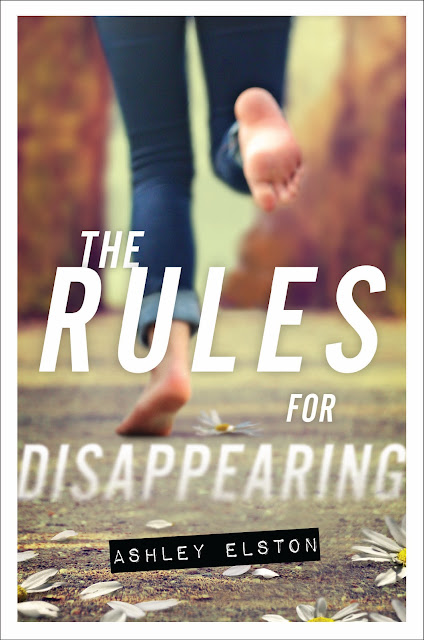 She’s been six different people in six different places: Madeline in Ohio, Isabelle in Missouri, Olivia in Kentucky . . . But now that she’s been transplanted to rural Louisiana, she has decided that this fake identity will be her last.

Witness Protection has taken nearly everything from her. But for now, they’ve given her a new name, Megan Rose Jones, and a horrible hair color. For the past eight months, Meg has begged her father to answer one question: What on earth did he do – or see – that landed them in this god-awful mess? Meg has just about had it with all the Suits’ rules — and her dad’s silence. If he won’t help, it’s time she got some answers for herself.

But Meg isn’t counting on Ethan Landry, an adorable Louisiana farm boy who’s too smart for his own good. He knows Meg is hiding something big. And it just might get both of them killed. As they embark on a perilous journey to free her family once and for all, Meg discovers that there’s only one rule that really matters — survival.

The Rules for Disappearing is probably one of my favorite contemporaries that I've read. While I am not usually drawn to the genre, I chose to read and review this novel because the author, Ashley Elston, is from my area. I read the book well before it's time on my reading schedule because I was a bit curious about the writing style, and I like glancing at the first page when I'm scheduling myself a certain amount of reading time. The next day, I had finished the book.

I guess I should tell you a little about the book itself. I want to call The Rules for Disappearing a light read because I breezed through it, though it's not necessarily light subject matter. Bad guys being out to get you and ending up in the Witness Protection Program isn't exactly a walk in the park. Poor Meg has to deal with constant upheaval, a loss of her former life, being deterred from making any new connections, a closed off day, a breaking down sister, and an alcoholic mom. However, it was easy for me to connect with her because she still goes through many things that teenagers deal with, Witness Protection or not. Meg feels like she's an outcast with ugly clothes, betrayed by her friends, and responsible for sticking her nose precisely where it doesn't belong. I think we've all been there. I felt like a lot of what Meg went through was metaphors for those (and other) teen struggles.

I really liked most of the characters, which helped move the story along. Meg was tired of her situation, and I love that she decided to do something about it. The mom in me was screaming at her because it was a terrible idea, but still. You have to love a YA heroine that doesn't just lie down and accept what's happened to her or wait on Prince Charming to rescue her. She also loves her family despite their flaws, real or imagined, and is very protective of her little sister, Teeny. Ethan, the love interest, stole my heart. He didn't give up on Meg no matter how many times she pushed him away, and he was always there for her, no questions asked. I even liked Meg's parents - Dad really did have their best interests at heart and Mom was trying, dammit.

I don't want to give too much of the story away because it really is a fun read. I was never exactly surprised by the events in the book, but I didn't grow bored with them. There was just enough suspense to keep me interested, but not so much tension that it made me skip ahead in the book. (Yes, I am guilty of that.) There is some romance involved in the book, but if that isn't your thing, rest assured that it does not overwhelm the story's plot.

All in all, I think The Rules for Disappearing will be enjoyed by most YA readers, especially teens. It's a great mystery with realistic characters and is a fun and easy read.

Ashley Elston lives is North Louisiana with her husband, three sons and two cats. She worked as a wedding and portrait photographer for ten years until she decided to pursue writing full time. Ashley is also a licensed Landscape Horticulturist and helps her husband run a commercial lawn and landscaping business. They also custom harvest pecans and have cows. Yes, cows.


Enter to win a signed finished copy of The Rules for Disappearing.
US Only
Ends at 12:01am EST on May 27th