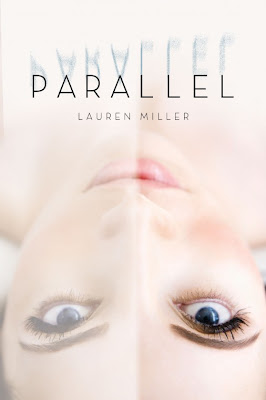 Abby Barnes had a plan. The Plan. She'd go to Northwestern, major in journalism, and land a job at a national newspaper, all before she turned twenty-two. But one tiny choice—taking a drama class her senior year of high school—changed all that. Now, on the eve of her eighteenth birthday, Abby is stuck on a Hollywood movie set, miles from where she wants to be, wishing she could rewind her life. The next morning, she's in a dorm room at Yale, with no memory of how she got there. Overnight, it's as if her past has been rewritten.

With the help of Caitlin, her science-savvy BFF, Abby discovers that this new reality is the result of a cosmic collision of parallel universes that has Abby living an alternate version of her life. And not only that: Abby's life changes every time her parallel self makes a new choice. Meanwhile, her parallel is living out Abby's senior year of high school and falling for someone Abby's never even met.

As she struggles to navigate her ever-shifting existence, forced to live out the consequences of a path she didn't choose, Abby must let go of the Plan and learn to focus on the present, without losing sight of who she is, the boy who might just be her soul mate, and the destiny that's finally within reach

When Parallel arrived in the mail, I was a little disappointed because I was extremely busy in the middle of transferring jobs. I grudgingly opened the book to gauge how many days I needed to give myself at the end of that week to rush through the book. However, there was no reason for me to worry or begrudge the book in any way because I was immediately sucked into it and happily distracted by the story.

Abby, the main character, is unhappy with the road that her life has taken. While she is [not] enjoying a life that many could only dream of, she resents the opportunity that she's been given. She goes to bed the night before her eighteenth birthday confused, but not as confused when she wakes up the next morning on the opposite side of the country. With the help of Caitlin and her randomly placed memories from her parallel self, she figures out how the alternate reality came about.

Instead of giving you a long, drawn out review (because I'm already late), I'm going to tell you what I liked best about Parallel. First, I am a hardcore fan of old school science fiction, and Ray Bradbury has handled time travel and alternate realities best in A Sound of Thunder. Parallel handled its shenanigans pretty much the same way without being blatantly using the Butterfly Effect. (No, I'm not talking about the terrible movie with Ashton Kutcher.) The things that happened in Abby's parallel's past changed the future directly and immediately. She woke up several mornings in what could have easily have been the worst possible situation.

Secondly, Lauren Miller was pretty accurate in portraying the behavior and emotions of older teenagers and/or new adults. Her characters made stupid decisions, had very selfish tendencies, were insecure about themselves, and friends said some pretty ugly things to each other. The turmoil and feeling of "My life is ovarrrrrr!" is what I remember best about my teen years. The fact that the characters were not perfect or miniature adults really let me connect with them and believe in them more. Abby and Caitlin bullied Ilana, the Queen Bee, in the own way just as much as she hassled them. There was boyfriend stealing and cheating galore, too, while I'm thinking about it.

The third good about Parallel is that they characters were both forgiving and willing to learn from their mistakes. Yes, this is a supposedly a story about alternate realities, but it really hit me as contemporary love story, that was both about romance and friendship, that happened on two different timelines. True love (if there is such a thing) should only exist in the presence of forgiveness and willingness to change, and the folks in Parallel really embraced both.

The best thing about the book is Abby. She wasn't willing to lay down and just accept her parallel's life. Her parallel had vastly different experiences and that life had taken a totally different path than what Abby ever thought that she'd choose for herself. She fought to make changes to her parallel's life to make it something of her own, realizing certain aspects of her former situation were actually things she loved and enjoyed. She was strong, but she really grew as a character.

Parallel was not really what I expected initially, but a delightful read, nonetheless. I would recommend it mainly to contemporary fans, but anyone who likes a quick, sweet read would enjoy the book.

To satisfy FTC guidelines, I am disclosing that I received the book for reviewing purposes as a part of a Debut Author Challenge ARC Tour in exchange for an honest review. The advance copy was likely provided to the tour by the publisher or author, which has in no way affected the outcome of my review. All opinions expressed are rambling, honest, and completely my own.