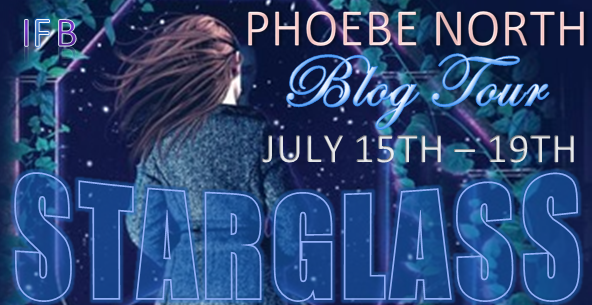 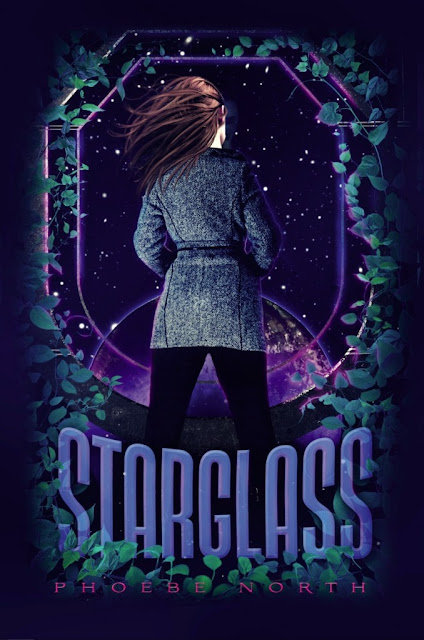 In this futuristic, outer space thriller, Terra has to decide between supporting the rebellion she believes in—and saving the life of the boy she loves.

For generations, those aboard the Asherah have lived within strict rules meant to help them survive the journey from a doomed Earth to their promised land, the planet Zehava–which may or may not be habitable, a question whose imperative grows now, in the dwindling months before touchdown.

Sixteen-year-old Terra’s situation is tough. A dead mom. A grieving dad. A bitchy boss, and a betrothed who won’t kiss her no matter how bad she wants it. She’s doing her best to stay afloat, even when she gets assigned a vocation she has no interest in: botany.

But after Terra witnesses the Captain's guard murder an innocent man, she's drawn into a secret rebellion bent on restoring power to the people. The stakes are higher than anything she could have imagined. When the rebellion gives Terra an all-important mission, she has to decide where her loyalties lie for once and for all. Because she has started to fall for the boy she's been sent to assassinate...

There's not enough deep space science fiction in YA, and I did not realize that I was missing it until I read Starglass by Phoebe North. There are others out there similar to it, namely Across the Universe by Beth Revis, but Starglass had a story all its own. Phoebe North spins the Jewish diaspora and makes it a sort of human diaspora in the world-building of the novel. I thought of that comparison because Asherah, the spaceship in the novel, exists to preserve Jewish culture. Yes, it's got a lot of religious influences in the story, but the world-building was unique and intriguing, so it all works. Oh, and there is this twist at the end that I didn't see coming. I love when those things hit me unexpectedly.

Terra was the main character in the novel, and I instantly connected with her because I felt sorry for her. Starglass starts out with her mother's funeral. This event lays the seeds for everything that happens to her three years down the road. It leaves her feeling very isolated because her family is no longer one with four people: father, mother, son, daughter. (That's how ALL families are made up on the ship.) When the story picks back up when she's fifteen, her dad is a verbally abusive jerk, her brother is married to an alright girl of a higher station, and she is waiting to find out what her job on the ship will be. Terra is hoping for a job as an artist, but she ends up in botany with a woman who did not want a tahmid (apprentice). She also has a lot of weird dreams about her bashert (soulmate) that not even BEGIN to make any sense until the end of the novel. The long and short of it is that she's a strong girl who makes it through a crappy three years, loyal to her friends and family, tries to do the right thing even when it's hard, and never stops questioning what she is doing or why. The last part has a lot to do with the murder she witnesses, but I don't want to spoil anything. Let's just say that things begin to spiral after that.

In case it hasn't come across clearly, I loved Starglass. However, there were a few things that I did not quite understand in the book. The letters to Terra, the daughter of one of the Earth-born passengers on the ship, throughout the novel helped with the suspense, but they threw me off at times. The current Terra's dreams were definitely confusing, and it was not until maybe 95% into the book that I saw the purpose in them at all. There is a social ladder that is a borderline caste system on the ship, but the job-based rungs of that ladder were vague. Some people married outside of their job level, but others acted like it was forbidden. *scratches head* These things did not detract much from my enjoyment of Terra's story, and the version of Starglass that I read was an ARC, so maybe it's changed.

All in all, Starglass was a mystery about a society shot into space and where it went wrong, and a coming of age story for Terra, who is faced with the constant struggle of doing what she believes to be the right thing. The religious aspects of the story sets it apart from other science fiction novels that I have read. Starbreak, book two, is due next year, and I am anxiously awaiting it.

They'll tell you that they have your best interests at heart. I've come to suspect that they truly believe this. They can lie to themselves. Please, daughter, don't let them lie to you. 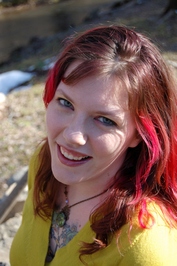 Phoebe North spent the first twenty-two years of her life in New Jersey, where she lugged countless library books home to read in the bathtub, at the dinner table, in front of the television, and under the blankets with a flashlight when she should have been asleep.

After college, Phoebe went south, enrolling in the University of Florida’s MFA program to study poetry. But after studying children’s literature with kidlit scholars (and geniuses) Kenneth Kidd and John Cech, she started writing books about magic, robots and aliens for teenagers. And realized she loved it almost as much as she loved Star Trek IV: The Voyage Home.

Now, Phoebe lives in New York State with her husband, and many licensed novels. She likes to cook, watch Degrassi, sew, take her cat for walks, and, of course, write. Despite many soaked pages, she still loves to read in the bath.


Enter to win one of five signed finished copies of Starglass.
US Only
Ends at 12:01am EST on July 20th