Waiting on Wednesday (34): Breakable by Tammara Webber and Avalon by Mindee Arnett 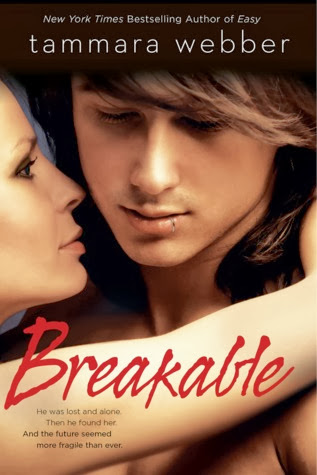 He was lost and alone. Then he found her. And the future seemed more fragile than ever.

As a child, Landon Lucas Maxfield believed his life was perfect and looked forward to a future filled with promise — until tragedy tore his family apart and made him doubt everything he ever believed.

All he wanted was to leave the past behind. When he met Jacqueline Wallace, his desire to be everything she needed came so easy…

As easy as it could be for a man who learned that the soul is breakable and that everything you hoped for could be ripped away in a heartbeat.

Easy was my first New Adult novel and one of the only New Adult novels that I have thoroughly enjoyed. This is the companion novel to Easy, and I am so excited that we get Lucas's story!

Of the various star systems that make up the Confederation, most lie thousands of light-years from First Earth-and out here, no one is free. The agencies that govern the Confederation are as corrupt as the crime bosses who patrol it, and power is held by anyone with enough greed and ruthlessness to claim it. That power is derived from one thing: metatech, the devices that allow people to travel great distances faster than the speed of light.

Jeth Seagrave and his crew of teenage mercenaries have survived in this world by stealing unsecured metatech, and they're damn good at it. Jeth doesn't care about the politics or the law; all he cares about is earning enough money to buy back his parents' ship, Avalon, from his crime-boss employer and getting himself and his sister, Lizzie, the heck out of Dodge. But when Jeth finds himself in possession of information that both the crime bosses and the government are willing to kill for, he is going to have to ask himself how far he'll go to get the freedom he's wanted for so long.

I haven't had a lot of luck with full-on YA science fiction, but I keep on trying to find one for me. I love coming-of-age stories (probably why I enjoy YA so much), and heavy sci-fi is one of my most favorite things ever, so why can't I find a blend of the two to work for me? The reviews of Avalon is pretty good, so maybe I'll love it?