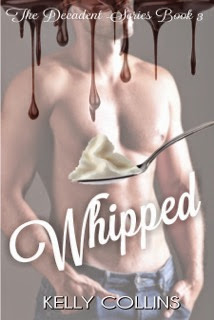 Roxy Somerville grew up with everything. Sports cars and designer clothes were commonplace in her life. Love, affection and autonomy were not. She left her life of luxury, and traded her riches for freedom, a freedom that would lead her back to her first love.

Bobby Anderson had very little in the way of wealth as a child. He had a supportive family and it made him the richest of men. For a time, he had Roxy, then she was gone. Now she’s back in his life, and he will stop at nothing to keep her.

Travel through past mistakes to second chances. Take a journey straight to the heart of love. Whipped is dipped in intrigue and suspense and immersed in sizzling hot passion. Once you find yourself Whipped, there is no turning back. 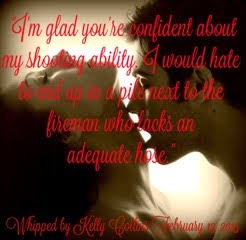 The drink special tonight is the Painus Anus. It’s a Tequila drink that contains:

Roxy loves this drink. She’s a huge fan of hot and spicy, the hotter the better. This one doesn’t disappoint. Many of the patrons call it the double dipper––hurts going in––hurts coming out.

“Hey, Roxy.” She looks up and sees Trevor and Chris who stand at the end of the bar. She races over to give them a hug. They are hands down her favorite people in the world.

“What are you guys doing here?” She pushes away and looks at them. “This isn’t your normal night.” They’re not Sunday night regulars. They come Fridays, Saturdays, and occasionally Mondays.

“We came in to get the lowdown on your date last night.” Chris waggles his eyebrows. What a dweeb. His over-the-top behavior used to catch her off guard. Now she’s used to him. How he ended up with Trevor is a mystery. It’s funny how opposites attract.

“I don’t kiss and tell.” She gives them a stern don’t-go-there look. “Bullshit, you kissed and told about the fireman. What is it with you and men in uniform?” Oh... Dan the fireman. What an awful night that was. The memory makes her shudder.

“I only talked because you guys wouldn’t stop asking about his hose. I told you, just to shut you up.” She disregards them with a flip of her hand.

“If I remember correctly, by the end of the night you were begging for more hose and he had nothing to give you.” Both men break out in laughter causing every eye in the bar to light upon them. There is something contagious about spontaneous laughter.

Buy the books in the Decadent series: 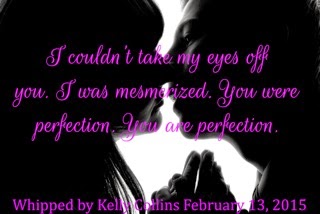 Kelly Collins lives in Colorado with her husband, James. She’s the proud mother of three young adults. They are her greatest accomplishment.

Reading has always been a passion. That passion turned into a career after she took a flight to New York and asked a what if question. That question turned into her first book, Tempo.

She has a passion for her family, a love of lemondrop martinis and is known to stop for anything shiny. She love hockey, gerbera daisies and standing in front of her fireplace until she nearly combusts.

Armed with a martini and her laptop, Kelly loves nothing more than to create a world that any woman would want to explore.