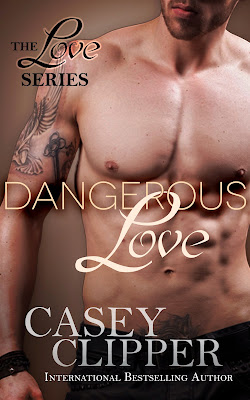 For today only, Dangerous Love will be on sale for $0.99.

If it wasn't for bad luck, Mackenzie Hiland would have no luck at all. A cheating husband, shafted by the courts, no money or home, her life is a dismal list of horrible choices and even worse consequences. After acknowledging she needs to change her decision making skills, Mackenzie can't help but to be lured in by the dangerous man, who's taken an interest in her and is blatant in his desire to get her into his bed. Despite the fact she tries to distance herself from Derk, he refuses her rejections. Will Derk become another addition to the long list of regretful decisions she's made? Could Derk possibly be the man that doesn't screw her over? Or will Derk be the one choice that finally takes her to a point of no return?

Warning: Not suitable for under 18 yrs of age. Contains strong language, violence, and sex. 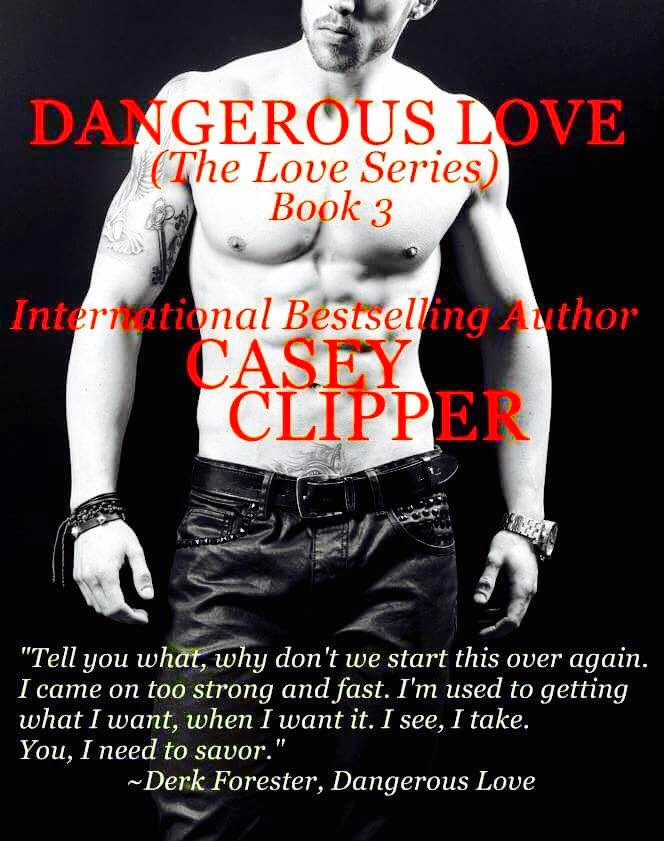 A few minutes after ten, Derk and Smith sauntered into Cards to find it filled with wall to wall drunks.

Mackenzie was on top of the bar with Kayla and two other bartenders doing some sort of dance, gyrating to the pulse of the music. He could have sworn he felt his blood pressure spike. F*&k this shit. It was bad enough she just recovered from a concussion from dancing on that cesspool of a bar, but to be on display like a pole dancer. Forget it. Not his girl. She needed to find a goddamn secretary job.

Seeing red, he stormed right up to the bar, shoved drunk bastards out of his way, until he stood below her. It only took a moment for her to catch his eye. A flash of fear lit those beautiful blues. Luckily for her and everyone else nearby, it was the end of the number. She jumped off the bar to a round of applause and went right back to pouring drafts. Conveniently out of arm’s reach. When she approached him, he reached across the bar and yanked her close.

"I don’t like it," he growled. Eyes narrowed, he studied her as she nervously bit her lip. The caveman in him wanted to toss her over his shoulder and cart her the f&%k out of the disease infested place. Buuuut, that would more than likely have her screaming, and the only time he ever wanted to hear her shriek was when he was pounding into that tight body.

How the hell did he deal with this? He wasn't used to wanting a woman so badly he went all alpha or whatever. It made him feel...exposed, like he was gonna lose his sh@t.

"You realize you don't have a say in what I do for a living," she challenged, her voice unsure.

"You really want to get into it with me, Mac? Do you?" he countered, totally turned on by her defiance.

Shrugging, she looked him dead in the eyes. "Do you really want to get into this debate with me?"

She squared her shoulders and straightened her spine, ready for a battle.

Assaulting her mouth, he kissed her hard, his tongue reaching as far back as it would go. He was so f*&king hot for her, he wanted to take her on the dirty-a** wood bar. Apparently, she was just as hot, because she met him stroke for stroke as their tongues danced violently. He dislodged their lip lock. "Mac, you're mine tonight."

Her eyes glittered excitedly. "You think?"

"You don't have a f*&king choice, M. I'm tired of waiting for you. No more." Derk released his grip on her and reluctantly allowed her to return to her duties. Raking his eyes up and down her fine body, little did she know what she was in for when she clocked out in a couple hours. Waving toward the far end of bar, she let him know where she was stationed for the night. He and Smith muscled their way and not-so-gently escorted two barely twenty-one year old punks off two stools.

Mac quickly slid a beer in front of them, then went about her business. Derk ran a hand through his hair and released a long breath. He picked up his longneck and took a drag, his eyes plastered to Mac. As if she could feel his penetrating gaze upon her, she turned his direction and her cheeks pinked. Snorting, he crooked a finger at her. The minx sauntered over to him and leaned on the bar, teasing him with her perfect breasts.

"You're coming home with me after work," he demanded.

Narrowing her eyes, she said, "Are you asking or telling me?"

About to admit that was a direct order, he clamped his mouth shut.

"Will you?" he asked, with only a hint less demand.

She rolled her eyes which caused Smith to chuckle. A rarity for the man.

Nodding, as if she sensed that, she relented. "Okay."

"No, midnight. I get off early." She gave him the most awesome wicked smile.

He leaned over into her personal space. "You don't have to work here, you know."

Furrowing her brows. "What do you mean?"

Sh*t, what the hell was that? Sometimes that brain filter thing shut off on him. Now wasn't the time to spew stupid crap like she could live with him and he'd take care of her.

Beside him, Smith quietly chuckled, again. He'd kick the bastard if he didn't think Smith would retaliate with a bullet to his knee cap.

Derk picked up his beer and downed it, tossed some cash on the bar, then stood to leave. Leaning over, he grabbed Mac at the nape of her neck and pulled her in for a blazing goodbye kiss.

When he had enough of her taste to tie him over until later, he stalked out of the place before he opened his mouth and said more crazy, stupid sh*t. 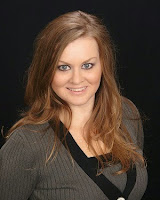 International Bestselling Romance Author Casey Clipper lives in the suburbs of Pittsburgh, PA, which naturally makes her a football, hockey, and baseball fan. Like you, she is an avid romance reader and loves to lose herself in a good story. She also has an admitted addiction to chocolate. Casey writes contemporary dramatic romance and contemporary edge romance. She is an active member of the Romance Writers of America, Contemporary Romance Authors, Authors Guild, Pennwriters, TRRW, IAN, and ASMSG.