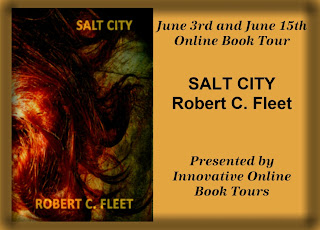 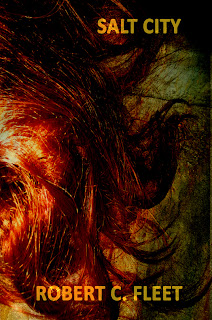 Syracuse, upstate New York. The “Salt City.” An apartment building on the edge of The Projects – and Anne Malloy dies, thrown out of a sixth floor window, an apparent suicide, while Mark Cornell watches. Mark was there for a purpose, his part‐time gig being to snap incriminating photos for a divorce lawyer who happily takes cases over the phone. Watching the apartment was Mark’s assignment.

But this assignment has a problem: Mark learns that “Anne Malloy” had died months before, leaving behind a grieving husband. So who is this woman?

It’s 1976, before cellphones, internet, and all the easy ways of satisfying curiosities, so Mark Cornell’s search for a name to give the victim makes him a foot soldier slogging personally through the facts. And, as those facts pile up, Mark discovers that he really shouldn’t be playing detective, stumbling across the thin line between commerce and crime.


How to Commit a (Literary) Murder
by Robert C. Fleet

I was working on a screenplay, trying to work out how one man could kill three others guys when they all had guns, when the doorbell rang. Two nicely dressed folk from the local church, making their routine “Do you believe in God” speech. They come to my house regularly because (a) I talk to everyone, and (b) I gave them cold water one hot day.

But this time I was working out a triple killing, and I quick-walked to the door holding two realistic-looking toy guns. “Sorry,” I said in a rush, “I don’t have time to talk now: I have to kill somebody.”

To their credit, they didn’t call the police. I assume they prayed for me.

Sooooo . . . How to commit a murder that you can get away with for the length of a book?

Among other genres, I write mysteries and thrillers. (The recent book Salt City, the just-opening-in-Cannes movie Player – yep, that’s me in the main role. Long story.). Consequently, how to commit a murder is not a rhetorical question.

If you like mysteries, you hate stories where the only reason the murderer isn’t caught right away is because the detectives skip elementary investigative techniques or  the writer hides key facts until the climax.

Either way, you feel a little cheated. I certainly do.

There is a third way, too: Obscurity. I love Raymond Chandler, but he was famous for not knowing what was going on in his own mysteries. He was all about style and character. When he was on the mark (try The Long Goodbye), made you forget the facts and get lost in the romance of Finding The Truth.

Well, that’s what his stories were about, Finding The Truth, a primal urge as ancient in literature as Oedipus Rex (or so tells us in The Simple Art of Murder).

Barring that great suspension of disbelief that lies across every Stallone, Statham and Willis movie, I would like to think that:

Now, if you are an Ed McBain 87th Precinct mystery fan, you know that his procedural theory is that the police and crime are a chaotic mix that comes together only by accident, with more than a little luck and coincidence involved.

This was before , the internet, Homeland Security, and a world where everyone seems to know everything about everyone else. (Check me out. You’ll find some movies, some books, some lawsuits and – if you aren’t a careful reader – someone who isn’t me: Robert C. Fleet. This lives in the same town I was born in – – and he also writes books. On birds.)

Back to murder: I’ve got to finish this mystery. How to kill someone and get away with it?

First off. Don’t have her (I’m gender-neutral on my killers) do an emotional-rage murder. Sure she’ll have 15 minutes of fame on the news – maybe even three months commentary from a Nancy Grace-clone decrying her depravity – but your killer obviously won’t be getting away with it.

So – and this is a manual for writers, not potential murderers – there appear to be a few solutions on how to commit a murder and get away with it.

#1 – Ideally, you kill at random, with no connection to the victim, and you leave the area immediately. This becomes a problem if you want to kill a spouse, but read below.

#2 – Talk to no one. This is a problem, of course, because we all like to talk about our accomplishments. Think of the murder as a priest does a confession: a vow of confidentiality.

#3 – Hire a killer from out of town, via as many internet fake IDs and web cafés as possible, so that there is minimal link between you two, you never meet, you never know one another’s identity, and you have a decent alibi when the hit goes down. This is easier than you think. (Note to all Writers: Helps if you have a kid who is a Net whiz to tell you how.)

Well, so much for this literary conversation. Please remember: anonymity. And if you need “help,” try. . .  (Sorry, due to Witness Protection rules, you’ll have to find him.) 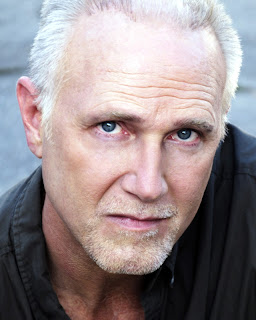 Robert Fleet took a youth in Texas, Missouri & New York, university education in Syracuse, Amsterdam & London, and then spent the first years of his career as actor-writer with the Chinese “Zignal Theater Ensemble” at La Mama E.T.C. A summer in Poland at Jerzy Grotowski's Teatr Laboratorium lengthened into extended stay — and writing a Polish-serialized crime novel, Salt City, in order to obtain a visa to remain in the then-Communist country to marry the woman he saw on his first day there: his artistic collaborator-wife ever since, Alina Szpak.  In America, Robert's NYC theater activities included directing children's theater, Yiddish historical dramas, Irish repertory, full-fledged spectacles, and his own works.

Teamed with Alina, Robert turned to film and video, directing-acting in the 1980 drama “Unveiling,” about life in Manhattan’s SoHo society. Script doctoring a wilderness documentary in California led to production of his own feature script, 1984’s “Brothers of the Wilderness.” In 1984-86, Robert adapted his magic realism novel, White Horse, Dark Dragon (Putnam) into the screen play for the feature film “White Dragon” (aka "Legend of the White Horse" aka “Bialy Smok”).

Forays into journalism have been published in the Los Angeles Times, Commonweal, and other venues. Robert has translated/adapted plays from the Chinese, Polish, Russian and French originals — often in collaboration. His 1994 novel, Last Mountain (Putnam) was nominated for an American Library Association award. In 1999, Robert directed the feature version of “Last Mountain,” co-adapting the screenplay with his son, Stephan Szpak-Fleet. Information on the book and movie @ www.legend44.com/lastmountain

After the L.A. Riots, Robert collaborated with Soon-Tek Oh and the Korean-American “Society of Heritage Performers,” adapting “Contemporary Korean Short Stories” for NPR,  writing “Behind The Walls” (“that pointed nowhere familiar from Orwell, Koestler, Pinter, Dorfman…a Godot-like romp” BackStage), and “Don Juan, a tragi-comedy of errors” (“reminiscent of Cyrano” L.A. Weekly).  He co-directed “Have You Heard,” one of only three American productions invited to the Theater of Nations Festival ’97.

Screenwriting recently, Robert wrote the shorts “A Good War,” Texas Waltz,” “The Wrong Path,” “Butterfly,” “The First Person” and “Zaufanie (Trust”) – the last two appearing at the Cannes Film Festival. His feature-length docudrama “To Die For Words: the Last Days of Ken Saro-Wiwa” is optioned, with acclaimed director Charles Burnett (“To Sleep with Anger”) committed to direct. In the past few years, two of Robert’s feature screenplays were produced independently: “My Best Friend’s Deception,” a black comedy/mystery (Cinegraphe Pictures, Canada) — and “Player,” a drama, directed by Alina Szpak (Legend 44 Productions – trailer at www.playerthemovie.us).

Acting, recently: In addition to playing the lead in “Player,” Robert Fleet is a familiar face on the festival circuit, appearing in over three dozen shorts. On stage, Robert appeared in award-winning Los Angeles productions of  “Cabaret,” “LULU, a Play with Music” and in Stephan Szpak-Fleet’s “Pilate” at the L.A. Theatre Center. He is featured in Clint Eastwood’s “J. Edgar” playing opposite Leonardo DiCaprio and Dame Judi Dench.

A ridiculously undertrained carpenter, Robert has recently renovated his house under the despotic instructions of his producer/director wife, with no assistance from his son. They are owned by several pets.

Robert Fleet has been kind enough to offer up a copy of his novel to the readers of Bibliophilia, Please (and other blog stops on the tour). If you are from the US, you can win a print copy, but if we have an international winner, it will be an ebook copy of Salt City.
a Rafflecopter giveaway
Other Blog Stops

6/7 Ramblings of an Amateur Writer Interview

6/16 The Self Taught Cook Review