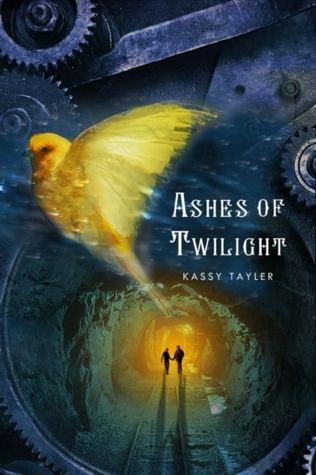 Wren MacAvoy works as a coal miner for a domed city that was constructed in the mid-nineteenth century to protect the royal blood line of England when astronomers spotted a comet on a collision course with Earth. Humanity would be saved by the most groundbreaking technology of the time. But after nearly 200 years of life beneath the dome, society has become complacent and the coal is running out. Plus there are those who wonder, is there life outside the dome or is the world still consumed by fire? When one of Wren's friends escapes the confines of the dome, he is burned alive and put on display as a warning to those seeking to disrupt the dome’s way of life. But Alex’s final words are haunting. “The sky is blue.”

What happens next is a whirlwind of adventure, romance, conspiracy and the struggle to stay alive in a world where nothing is as it seems. Wren unwittingly becomes a catalyst for a revolution that destroys the dome and the only way to survive might be to embrace what the entire society has feared their entire existence.


Available for Pre-Order: Amazon | Book Depository | Fishpond
Be sure to add it to your TBR on Goodreads!

Oh yeah, I really want this book. I pre-ordered it months ago. What are you waiting on this week?