Thank you for having me on your blog today. I'm truly honored to be here with all of you!

In my new release, GPS WITH BENEFITS, a womanizer purchases a GPS device with a mind of 'her' own. It got me thinking of other movies and books about intelligent machines. Here are some of my favorites...

A scientist creates an organic super computer which becomes obsessed with human beings, and in particular the creator's wife. Demon Seed is one of Dean Koontz' best novels to date. Also check out the excellent movie adaptation from 1977 starring Julie Christie.

Early Stephen King novel about the relationship between a nerdish boy and his evil car. John Carpenter directed the movie adaptation in 1983.

Ghost In The Machine

Fun horror movie from the nineties in which a serial killer's soul transforms into electrical energy. The killer then uses the electrical grid and computer networks to continue his killing spree.

A tire discovers his telepathic powers. He sets his sights on a mysterious woman.

Every machine in the world comes alive and becomes homicidal. Written by Stephen King.

The seventies movie The Car tells the story of a sleek and stylish car that goes on a rampage due to it being possessed!

What are your favorite movies, books and short stories with ‘living’ machines? 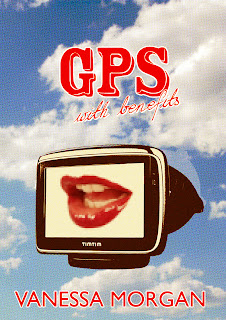 A womanizer purchases a new GPS device, but has no idea his buying one with a mind of ‘her’ own.


GPS WITH BENEFITS is available NOW at:
Amazon | Amazon UK 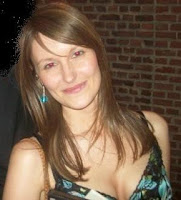 Vanessa Morgan is known as the ‘female version of Stephen King’. Her screenplays, A GOOD MAN and GPS WITH BENEFITS, are currently being turned into movies. She is also the author of DROWNED SORROW and THE STRANGERS OUTSIDE. If she’s not working on her latest supernatural thriller, you can find her reading, watching horror movies, blogging, digging through flea markets or indulging in her unhealthy addiction to her cat. She writes in English, Dutch and French.