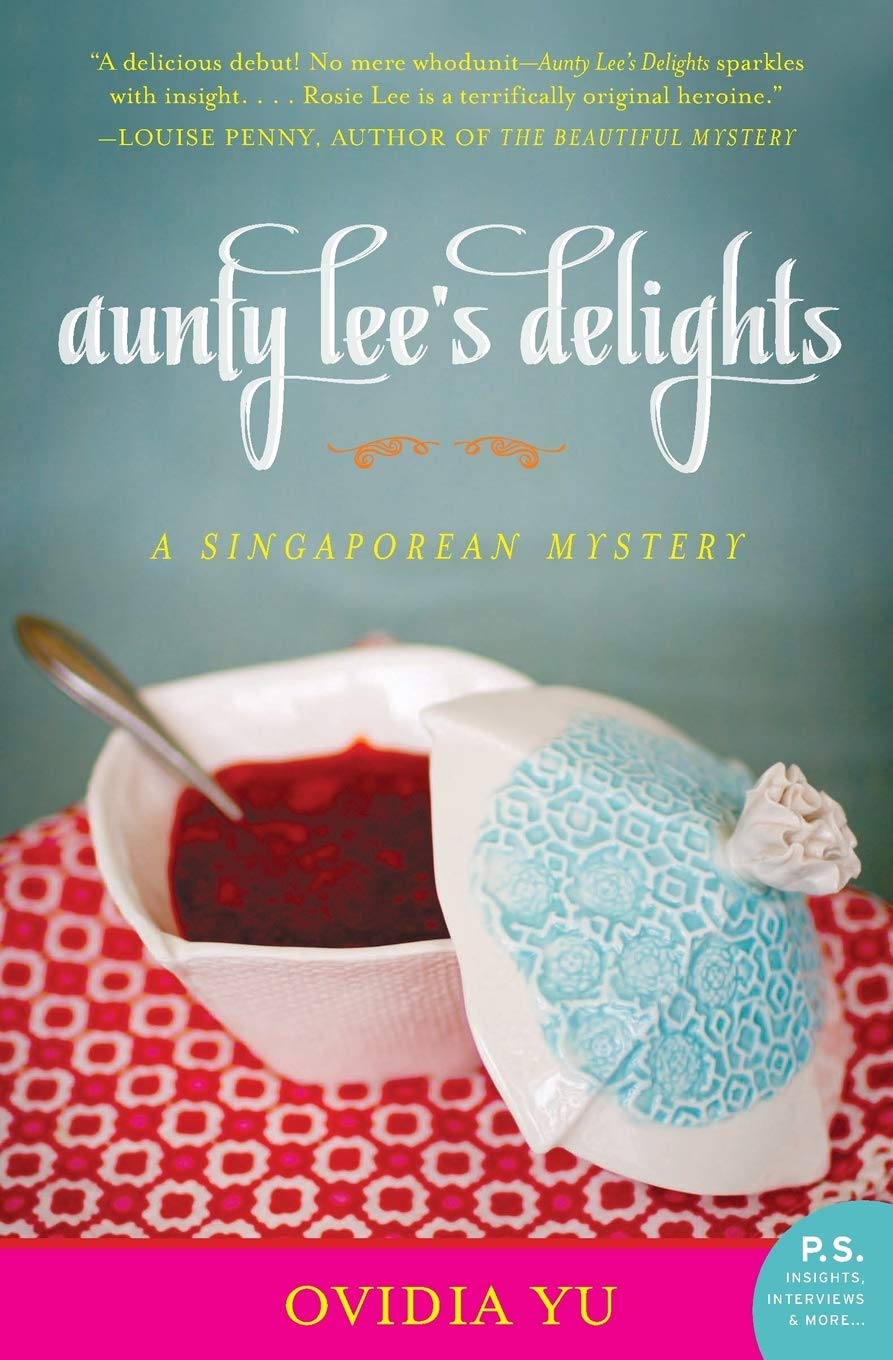 After losing her husband, Rosie Lee could easily have become one of Singapore's "tai tai," an idle rich lady devoted to mah-jongg and luxury shopping. Instead she threw herself into building a culinary empire from her restaurant, Aunty Lee's Delights, where spicy Singaporean home cooking is graciously served to locals and tourists alike. But when a body is found in one of Singapore's beautiful tourist havens, and when one of her wealthy guests fails to show at a dinner party, Aunty Lee knows that the two are likely connected.

The murder and disappearance throws together Aunty Lee's henpecked stepson Mark, his social-climbing wife Selina, a gay couple whose love is still illegal in Singapore, and an elderly Australian tourist couple whose visit-billed at first as a pleasure cruise-may mask a deeper purpose. Investigating the murder is rookie Police Commissioner Raja, who quickly discovers that the savvy and well-connected Aunty Lee can track down clues even better than local law enforcement.

Wise, witty and unusually charming, Aunty Lee's Delights is a spicy mystery about love, friendship and home cooking in Singapore, where money flows freely and people of many religions and ethnicities co-exist peacefully, but where tensions lurk just below the surface, sometimes with deadly results.

Aunty Lee's Delights is a murder mystery by Ovidia Yu that is centered around Rosie "Aunty" Lee's food shop. Though murder is the main ingredient for the story, there is also a large portion of food, a dollop of Singaporean culture, a dash of familial relationships, a pinch of race relations in Singapore, and just a bit of moral questions about homosexuality stirred into the pot. The end result was delicious.

Aunty Lee is a wealthy older woman who has been widowed by her much older husband. Instead of retiring comfortably with her late husband's entire fortune (he left his grown children out of the will), she immersed herself in her cooking and her shop, as well as the lives of everyone around her. One could easily say that Aunty Lee is a busybody; in fact, she is described in the book as such.


M.L. Lee described his wife's outstanding talent for being kiasu, kaipoh, em zhai se! "Kaypoh" meaning minding the business of others with as much energy as as kaiso devoted to their own. (ARC pg. 19)

Despite Aunty Lee sticking her nose in EVERYTHING, this quality is one of the most endearing about her. She is sharp-witted and her advice is sound, as well as given out of love and caring. All of the supporting characters in the novel (who are all, of course, murder suspects) were taken under her wing and cared for until the investigation was over. Additionally, she involved herself in the murder investigation of the victims and the feeding of their families because of her own moral code.

The mystery itself in the book was not my favorite thing about the novel. Admittedly, Mystery is not a genre that I normally turn to when reading for pleasure, but I do enjoy them on occasion. I agreed to review Aunty Lee's Delights because it did not seem to be the typical food cozy or Patterson-milled novel. In actuality, it had a very literary feel to it. That being said, the mystery left me scratching my head. I like to be able to work out "Whodunnit" by the clues offered in the book (I did), but there were not many clues to the full motive. (Or I am dense.)

The last thing I'll address is homosexuality in the novel. It is a fairly hot topic everywhere in the world. Yu could have made Aunty Lee's Delights a book that preaches about the right or wrongness of that lifestyle, but instead she used Aunty Lee to remind us that our own opinions are not the only ones.


"People know what's right. And what's wrong. Everyone agrees on that."
"But how do you know everybody agrees?" (ARC pg. 196)

The book was a little bit more involved than that, but Aunty Lee's Delights tells the story better. Homosexuality was a surprising addition to the novel, but I'm glad it was there.

Aunty Lee's Delights is a book just as beautifully written and engaging as its cover, and it has a lot more depth than I've read in mysteries in a long time. I recommend Aunty Lee's Delights to any fans of mysteries and/or anyone who loves a well-constructed and delightful busybody aunty. I also hope there will be sequels. 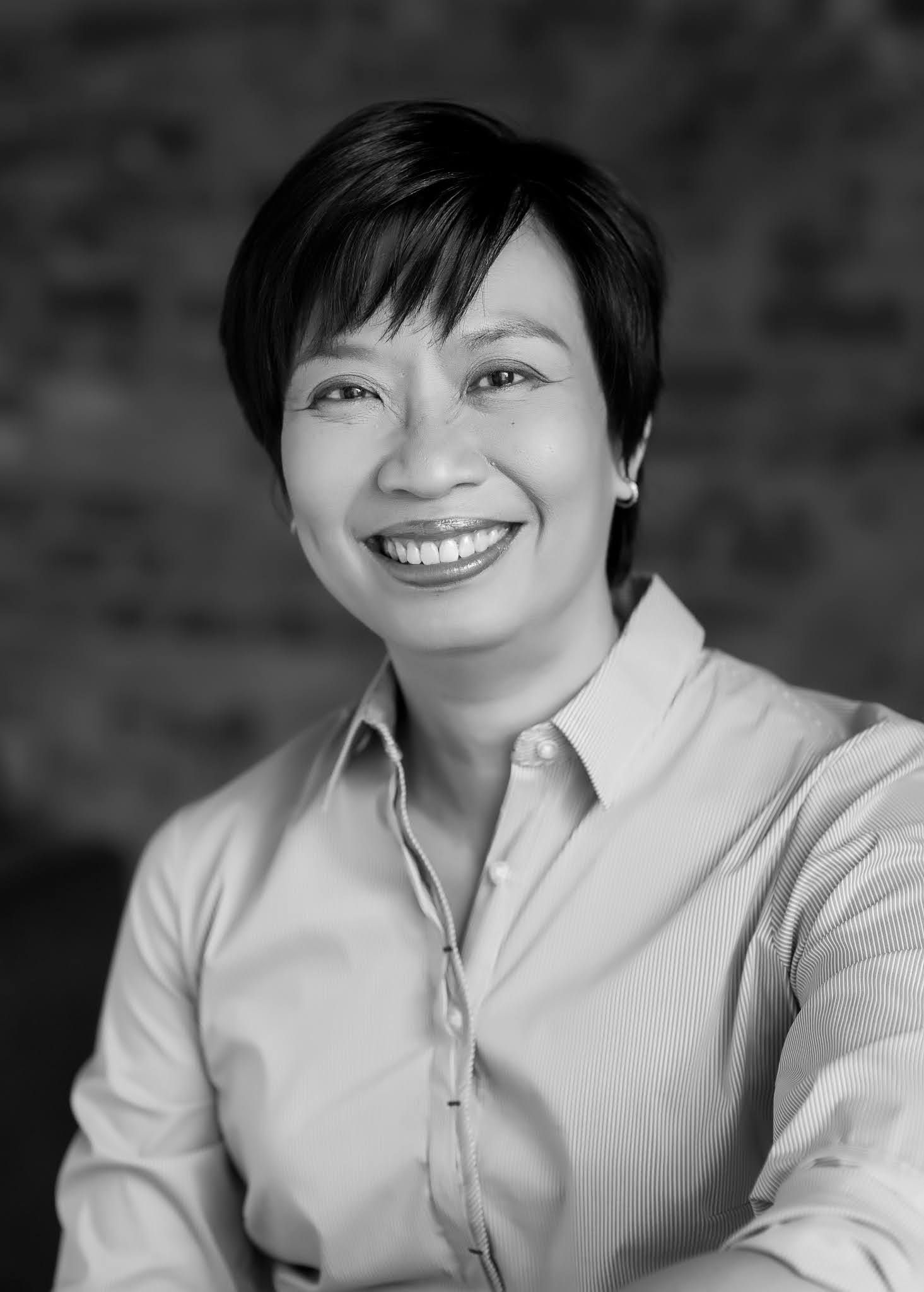 Ovidia Yu is one of Singapore’s best-known and most acclaimed writers. She has had more than thirty plays produced and is also the author of a number of mysteries that have been published in Singapore and India.