In a single night, Ani’s life was torn to shreds—and Ben struggles with the weight of trying to fix the unfixable in this heartbreaking and edgy debut novel.

Ben could date anyone he wants, but he only has eyes for the new girl—sarcastic, free-spirited Ani. Luckily for Ben, Ani wants him, too. She’s everything Ben could ever imagine. Everything he could ever want.

But that all changes after the party. The one Ben misses. The one Ani goes to alone.

Now Ani isn’t the girl she used to be, and Ben can’t sort out the truth from the lies. What really happened, and who is to blame?

Ben wants to help Ani, but the more she pushes him away, the more he wonders if there’s anything he can do to save the girl he loves in this powerful, gut-wrenching debut novel.

Christa Desir is a YA author who loves dark contemporary books. Her debut novel FAULT LINE comes out from SimonPulse October 1, 2013. Her second novel BLEED LIKE ME will be released from SimonPulse in Fall 2014.

She is also a feminist, rape victim activist, and romance novel editor. She lives outside of Chicago with her awesome husband and their three small children.

In anticipation of her book releasing on October 1st, Christa is having a massive giveaway. 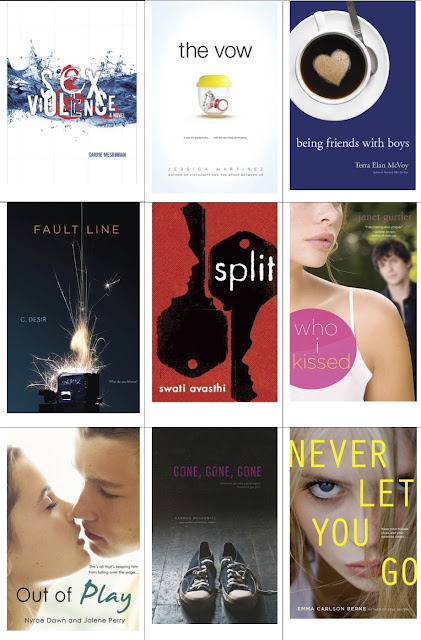 What You Can Win:

There will be a box of NINE (!!!) contemporary novels that is available for US readers and a $20 Amazon gift card that international readers can win. Enter to win on the Rafflecopter form below!