Welcome to the world of the fabulously wealthy in London, 1909, where dresses and houses are overwhelmingly opulent, social class means everything, and women are taught to be nothing more than wives and mothers. Into this world comes seventeen-year-old Victoria Darling, who wants only to be an artist—a nearly impossible dream for a girl.

After Vicky poses nude for her illicit art class, she is expelled from her French finishing school. Shamed and scandalized, her parents try to marry her off to the wealthy Edmund Carrick-Humphrey. But Vicky has other things on her mind: her clandestine application to the Royal College of Art; her participation in the suffragette movement; and her growing attraction to a working-class boy who may be her muse—or may be the love of her life. As the world of debutante balls, corsets, and high society obligations closes in around her, Vicky must figure out: just how much is she willing to sacrifice to pursue her dreams?

I love historical fiction set in London. I don't think I have read anything set in London as late as the 1900's, but this looks extremely interesting. 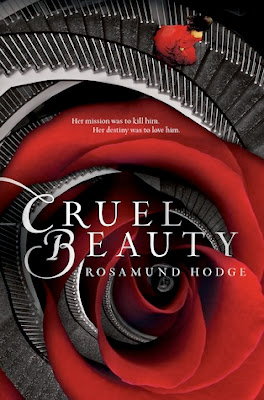 Since birth, Nyx has been betrothed to the evil ruler of her kingdom-all because of a foolish bargain struck by her father. And since birth, she has been in training to kill him.

With no choice but to fulfill her duty, Nyx resents her family for never trying to save her and hates herself for wanting to escape her fate. Still, on her seventeenth birthday, Nyx abandons everything she's ever known to marry the all-powerful, immortal Ignifex. Her plan? Seduce him, destroy his enchanted castle, and break the nine-hundred-year-old curse he put on her people.

But Ignifex is not at all what Nyx expected. The strangely charming lord beguiles her, and his castle-a shifting maze of magical rooms-enthralls her.

As Nyx searches for a way to free her homeland by uncovering Ignifex's secrets, she finds herself unwillingly drawn to him. Even if she could bring herself to love her sworn enemy, how can she refuse her duty to kill him? With time running out, Nyx must decide what is more important: the future of her kingdom, or the man she was never supposed to love.

Beauty and the Beast is my favorite fairy tale, and I hope this retelling lives up to its greatness! 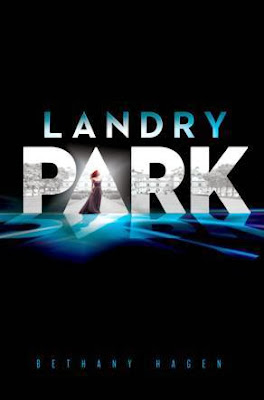 Downton Abbey meets The Selection in this dystopian tale of love and betrayal.

In a fragmented future United States ruled by the lavish gentry, seventeen-year-old Madeline Landry dreams of going to the university. Unfortunately, gentry decorum and her domineering father won't allow that. Madeline must marry, like a good Landry woman, and run the family estate. But her world is turned upside down when she discovers the devastating consequences her lifestyle is having on those less fortunate. As Madeline begins to question everything she has ever learned, she finds herself increasingly drawn to handsome, beguiling David Dana. Soon, rumors of war and rebellion start to spread, and Madeline finds herself and David at the center of it all. Ultimately, she must make a choice between duty - her family and the estate she loves dearly - and desire.

I like the psuedo-historical twist to the dystopian story. 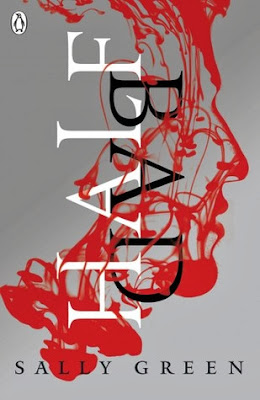 In modern-day England, witches live alongside humans: White witches, who are good; Black witches, who are evil; and fifteen-year-old Nathan, who is both. Nathan’s father is the world’s most powerful and cruel Black witch, and his mother is dead. He is hunted from all sides. Trapped in a cage, beaten and handcuffed, Nathan must escape before his sixteenth birthday, at which point he will receive three gifts from his father and come into his own as a witch—or else he will die. But how can Nathan find his father when his every action is tracked, when there is no one safe to trust—not even family, not even the girl he loves?

In the tradition of Patrick Ness and Markus Zusak, Half Bad is a gripping tale of alienation and the indomitable will to survive, a story that will grab hold of you and not let go until the very last page.

I love stories about witches and magic so this was pretty much automatically on my TBR. There also seems to be a fantastic story behind the magic with the ambiguity of whether Nathan will be good or bad, or whether the white witches are even good and the black witches are really that bad. 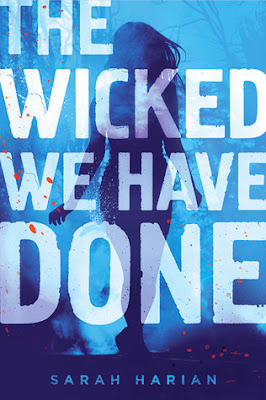 Evalyn Ibarra never expected to be an accused killer and experimental prison test subject. A year ago, she was a normal college student. Now she’s been sentenced to a month in the compass room—an advanced prison obstacle course designed by the government to execute justice.

If she survives, the world will know she’s innocent.

Locked up with nine notorious and potentially psychotic criminals, Evalyn must fight the prison and dismantle her past to stay alive. But the system prized for accuracy appears to be killing at random.

She doesn’t plan on making friends.

She doesn’t plan on falling in love, either.

This seems like a unique premise, or at least not like anything else I've read. Although there is a Hunger Games feel to it, I think that the adults in prison angle make this stand out rather than being about unfortunate kids. 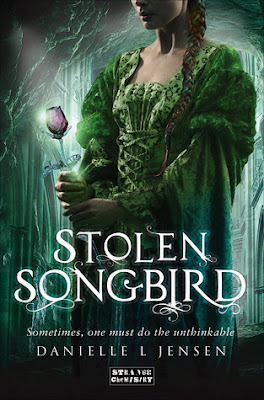 For five centuries, a witch’s curse has bound the trolls to their city beneath the ruins of Forsaken Mountain. Time enough for their dark and nefarious magic to fade from human memory and into myth. But a prophesy has been spoken of a union with the power to set the trolls free, and when Cécile de Troyes is kidnapped and taken beneath the mountain, she learns there is far more to the myth of the trolls than she could have imagined.

Cécile has only one thing on her mind after she is brought to Trollus: escape. Only the trolls are clever, fast, and inhumanly strong. She will have to bide her time, wait for the perfect opportunity.

But something unexpected happens while she’s waiting – she begins to fall for the enigmatic troll prince to whom she has been bonded and married. She begins to make friends. And she begins to see that she may be the only hope for the half-bloods – part troll, part human creatures who are slaves to the full-blooded trolls. There is a rebellion brewing. And her prince, Tristan, the future king, is its secret leader.

As Cécile becomes involved in the intricate political games of Trollus, she becomes more than a farmer’s daughter. She becomes a princess, the hope of a people, and a witch with magic powerful enough to change Trollus forever.

Witches again! Also, I'm intrigued by the trolls and the cursed kingdom. 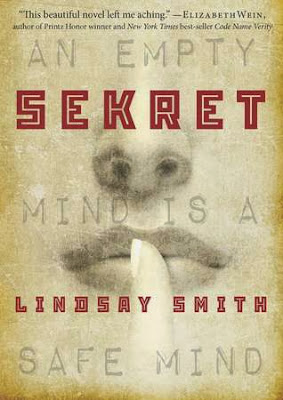 From debut author Lindsay Smith comes an espionage thriller with a dash of both history and dystopia.

Yulia’s father always taught her that an empty mind is a safe mind. She has to hide her thoughts and control her emotions to survive in Communist Russia, especially because she seems to be able to read the minds of the people she touches. When she’s captured by the KGB and forced to work as a psychic spy with a mission to undermine the U.S. space program, she’s thrust into a world of suspicion, deceit, and horrifying power where she can trust no one.

She certainly can’t trust Rostov, the cruel KGB operative running the psychic program. Or handsome Sergei who encourages her to cooperate with the KGB. Or brooding Valentin who tells her to rebel against them. And not the CIA, who have a psychic so powerful he can erase a person’s mind with his own thoughts. Yulia quickly learns she must rely on her own wits and power to survive in this world where no SEKRET can stay hidden for long.


I haven't really read anything fictional about the Cold War, but this seems like a good place to start!

You can read Kayla's review of Sekret HERE 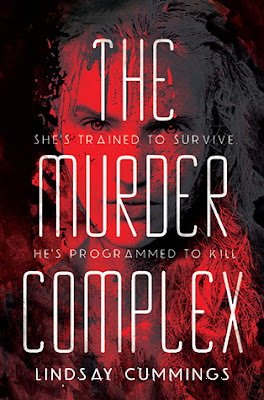 An action-packed, blood-soaked, futuristic debut thriller set in a world where the murder rate is higher than the birthrate. For fans of Moira Young’s Dust Lands series, La Femme Nikita, and the movie Hanna.

Meadow Woodson, a fifteen-year-old girl who has been trained by her father to fight, to kill, and to survive in any situation, lives with her family on a houseboat in Florida. The state is controlled by The Murder Complex, an organization that tracks the population with precision.

The plot starts to thicken when Meadow meets Zephyr James, who is—although he doesn’t know it—one of the MC’s programmed assassins. Is their meeting a coincidence? Destiny? Or part of a terrifying strategy? And will Zephyr keep Meadow from discovering the haunting truth about her family?

Action-packed, blood-soaked, and chilling, this is a dark and compelling debut novel by Lindsay Cummings.


The blurb doesn't really give us a whole lot of information, but a world where the murder rate is higher than the birth rate is certainly interesting. 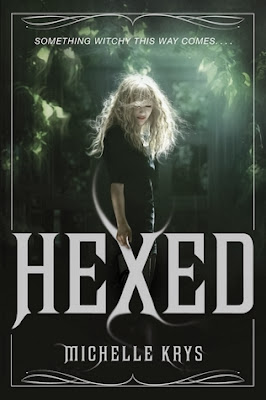 If high school is all about social status, Indigo Blackwood has it made. Sure, her quirky mom owns an occult shop, and a nerd just won’t stop trying to be her friend, but Indie is a popular cheerleader with a football-star boyfriend and a social circle powerful enough to ruin everyone at school. Who wouldn’t want to be her?

Then a guy dies right before her eyes. And the dusty old family Bible her mom is freakishly possessive of is stolen. But it’s when a frustratingly sexy stranger named Bishop enters Indie’s world that she learns her destiny involves a lot more than pom-poms and parties. If she doesn’t get the Bible back, every witch on the planet will die. And that’s seriously bad news for Indie, because according to Bishop, she’s a witch too.

Suddenly forced into a centuries-old war between witches and sorcerers, Indie’s about to uncover the many dark truths about her life—and a future unlike any she ever imagined on top of the cheer pyramid.

And more witches! I do hope that the author chooses to turn the ditzy, mean girl cheerleader stereotype on its head rather than perpetuate it. 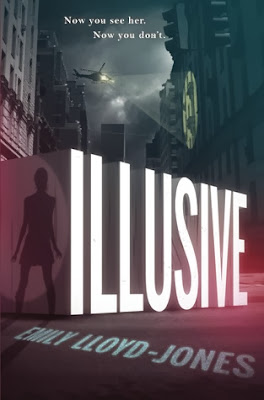 The X-Men meets Ocean's Eleven in this edge-of-your-seat sci-fi adventure about a band of "super" criminals.
When the MK virus swept across the planet, a vaccine was created to stop the epidemic, but it came with some unexpected side effects. A small percentage of the population developed superhero-like powers. Seventeen-year-old Ciere Giba has the handy ability to change her appearance at will. She's what's known as an illusionist...She's also a thief.

After a robbery goes awry, Ciere must team up with a group of fellow super-powered criminals on another job that most would consider too reckless. The formula for the vaccine that gave them their abilities was supposedly destroyed years ago. But what if it wasn't?

The lines between good and bad, us and them, and freedom and entrapment are blurred as Ciere and the rest of her crew become embroiled in a deadly race against he government that could cost them their lives.

What debuts are you looking forward to reading in 2014?