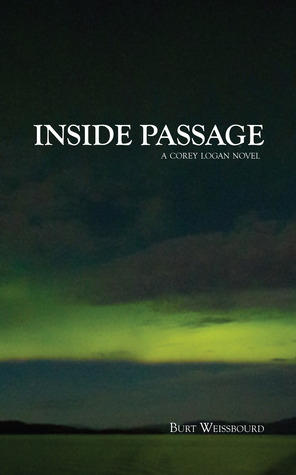 Corey Logan was set up. She knows Nick Season’s terrible secret. Coming home from prison, all Corey wants is to be with her son. To get him back, she needs to make a good impression on the psychiatrist evaluating her. But Dr. Abe Stein doesn’t believe she was framed–until his well-heeled mother falls for the charming state attorney general candidate, Nick Season.

As the dogs of war are unleashed, Corey and her son run for their lives–taking her boat up the Pacific Northwest’s remote Inside Passage. Inside Passage is the first in Weissbourd’s haunting, heart-stirring Corey Logan trilogy.

Burt Weissbourd is a novelist, screenwriter and producer of feature films. He was born in 1949 and graduated cum laude from Yale University, with honors in psychology. During his student years, he volunteered at the Museum of Modern Art in Paris and taught English to college students in Thailand. After he graduated, he wrote, directed, and produced educational films for Gilbert Altschul Productions. He began a finance program at the Northwestern University Graduate School of Business, but left to start his own film production company in Los Angeles. He managed that company from 1977 until 1986, producing films including "Ghost Story" starring Fred Astaire, Melvyn Douglas, John Houseman, Douglas Fairbanks Jr., and Patricia Neal, and "Raggedy Man" starring Sissy Spacek and Sam Shepard, which The New York Times called "a movie of sweet, low-keyed charm." In 1987, he founded an investment business, which he still runs.


Enter to win a copy of Inside Passageby Burt Weissbourd!
US ONLY
Ends at 12:01am EST on February 4th