Thomas Jackson McMurtrie is a living legend scorned. Forty years ago, he gave up a promising career as a trial lawyer to become a law professor at the University of Alabama at the request of his mentor, Alabama football Coach Paul “Bear” Bryant. Now Tom is forced into retirement, betrayed by both a powerful colleague and his own failing health.

Meanwhile the young family of one of his oldest friends is killed in a tragic road collision. Believing his career is over, Tom refers the case to a brilliant, yet beleaguered, former student, who begins to uncover the truth behind the tragedy, buried in a tangled web of arson, bribery and greed.

But as the eve of trial approaches, the young attorney’s case begins to unravel. In over his head and at the end of his rope, he realizes there’s only one man who can help…

The Professor is the first in a series of tense legal thrillers featuring the enthralling and brilliant legal team of McMurtrie and Drake, combining the thrills and authenticity of a John Grisham novel for the audience that flocked to “Friday Night Lights.”

The idea for The Professor began with a spark that came during a daydream in law school. A question, really. Could one of my law professors try a case if he had to do it? Would the classroom cross over to the courtroom? I carried that question around in the back of my mind for several years before I put fingertips to keyboard, slowly visualizing the character of Tom McMurtrie in my mind.

After reading Stephen King’s memoir, On Writing, I thought I was finally ready to take a stab at writing this story. I went to a room in my house where I could shut the door, thought about the situation in my mind—longtime law professor comes back to try a case—and began writing. What came out was the prologue to The Professor.

The prologue begins at the famed Waysider Restaurant in Tuscaloosa, Alabama, where Coach Paul “Bear” Bryant has asked former player and budding trial attorney, Tom McMurtrie, to meet him for breakfast. The year is 1968. During this visit, Coach Bryant asks Tom to give up his promising career as a trial lawyer to become a law professor at the University, telling Tom that his school needs him.

Now, as a young boy growing up in the state of Alabama, I was literally raised on stories of Coach Bryant and his legendary Crimson Tide football teams. You were just as likely to hear “Roll Tide” as a greeting in my house as you were “What’s up,” Good Morning,” or “Hi.” Therefore, as a faithful member of the Alabama football congregation, I knew well the story behind why Coach Bryant came to Alabama from Texas A&M in 1957. Quite simply, as Coach Bryant himself put it, “Mama called.” Coach Bryant compared the call of Alabama, his alma mater, to the call of “Mama.”

The prologue to The Professor finds Tom faced with a similar decision, and, like Coach Bryant, Tom also comes home. Indeed, as Tom says at the end of the prologue: “The Man had called. And I knew must answer.”

Interestingly enough, through eight years, three re-writes and 37 revisions of the final draft, the prologue to The Professor has remained essentially unchanged from the first time I wrote it. It is the foundation for everything that comes afterwards. 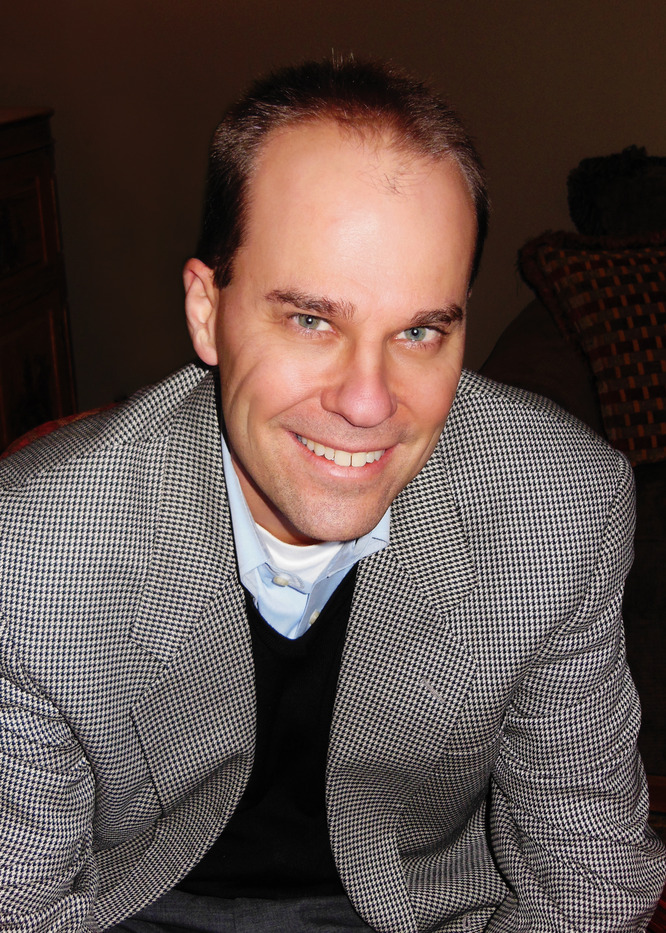 From the time he could walk, Robert Bailey has loved stories, especially those about the legendary coach Paul “Bear” Bryant and his beloved Crimson Tide football team at the University of Alabama.

Bailey was born in Huntsville, Ala., in 1973. He earned a bachelor’s degree in history from Davidson College in North Carolina and graduated from the University of Alabama School of Law in Tuscaloosa, Ala., in 1999. In law school, Bailey was honored with the Award for Outstanding Achievement at the American Judicature Society Interscholastic Trial Competition. He made Law Review and was a member of the Bench and Bar Legal Honor Society. Somehow, between studying and preparing for the bar exam, Bailey managed to watch every home football game.

For the past 14 years, Bailey has practiced law as a civil defense trial attorney in Huntsville at the law firm of Lanier Ford Shaver & Payne. In addition to representing health care providers and nursing homes in medical liability cases, he defends trucking companies, insurance carriers, insureds and businesses in injury-related lawsuits.

Bailey is admitted to practice before the U.S. 11th Circuit Court of Appeals, the U.S. District Court – Northern and Middle Districts of Alabama and Western District of Tennessee – and in all Alabama state courts.

Bailey’s first novel, The Professor, will be published Jan. 28, 2014 by Exhibit A Books.

Bailey is married with three children. When he’s not writing or practicing law, he’s playing golf, coaching his sons’ little league baseball teams and, of course, cheering on the Crimson Tide.