Review: I Love You More by Jennifer Murphy 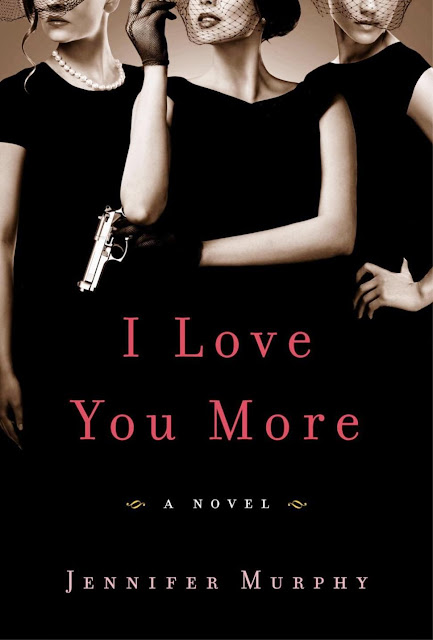 One man, three wives, the perfect murder. A scintillating novel of betrayal and conspiracy.

Picasso Lane is twelve years old when her father, Oliver, is murdered at their summer beach house. Her mother, Diana, is the primary suspect—until the police discover his second wife, and then his third. The women say they have never met—but Picasso knows otherwise. Picasso remembers the morning beautiful Jewels showed up at their house, carrying the same purse as her mother, and a family portrait featuring her father with two strange boys. Picasso remembers lifting the phone, listening to late night calls with Bert, a woman heavily pregnant with Oliver's fourth child. As the police circle and a detective named Kyle Kennedy becomes a regular fixture in their home, Picasso tries to make sense of her father's death, the depth of his deceit, and the secrets that bind these three women. Cunningly paced and plotted, I Love You More is a riveting novel of misplaced loyalty, jealousy, and revenge.

I picked up I Love You More because it seemed like it contained drama and mystery and the polygamy story seemed interesting. I was a little hesitant to read it though, because I knew it was being compared to Gone Girl which I detested. I really didn’t want another book with unlikable characters, an unbelievable plot and infuriating ending. I was pleasantly surprised with I Love You More.

Murphy effectively used multiple narrators. There was a definite tone change between the chapters of Picasso, the cop, the wives and even towards the end, Oliver. I liked that we were able to see the story from all the angles, and also that the book was separated in time from beginning, during and after Oliver’s murder. I don’t like that Murphy wrote the wives’ point view as collective, instead of individually. There were several instances where this just made me not be able to suspend my disbelief long enough, which brought me out of the story. This also happened with Oliver’s chapter, which takes place after he is dead. I would have rather this had read like a journal entry and not as his ghost. It was unbelievable and creepy, but not in the gives-me-goosebumps way, but in the icky, sexually dysfunctional way.

By writing the wives’ point of view collectively, it was also hard to get a grasp on the three wives’ differing personalities. The reader could only really see their individual personalities through either Picasso’s or Oliver’s eyes. This was most problematic with Diana. I never really felt like she had much of a personality, or if she did, it was rather bland.

Picasso was the real reason this novel is so enjoyable. She’s relatable, and I think this will be especially true to those of us who were socially awkward but intelligent as adolescents. I liked her quirky personality with her obsession with the dictionary and word meanings. Some of the more mundane events in her life seemed out of place while reading I Love You More, like falling in like with a crush at school, and also seemed sort of distasteful to read about while reading about her father’s murder. I figured that there was some bigger reasoning to learn about Picasso’s everyday life, and I guess we find that there is, but it is still one of the bigger impressions that the book left on me.

The story and mystery were interesting. I liked that we started the book off with Oliver already murdered. As I said before, we see events from before, during and after the murder, and I think that this really added to the story. I don’t really want to discuss the plot so not to give anything away. There were a few twists and turns, but I thought that the resolution of the story and the identify of the murderer were rather predictable.

I actually enjoyed the story and I’m glad that I went out of my comfort zone. It was a quick and fascinating read. I’m interested in seeing what Murphy writes next.