Waiting on Wednesday (58): The Suffragette Scandal by Courtney Milan 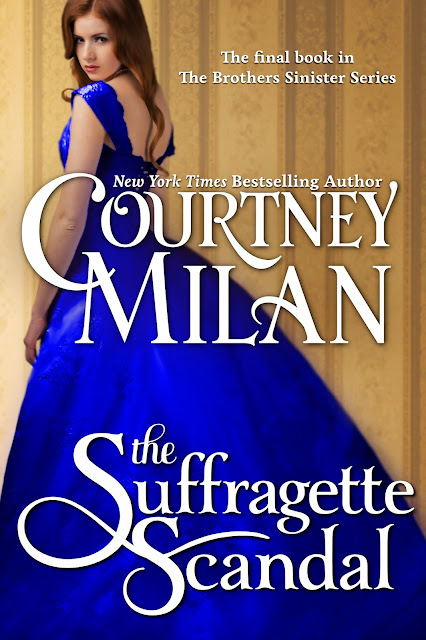 Miss Frederica "Free" Marshall has put her heart and soul into her newspaper, known for its outspoken support of women's rights. Naturally, her enemies are intent on destroying her business and silencing her for good. Free refuses to be at the end of her rope...but she needs more rope, and she needs it now.

Edward Clark's aristocratic family abandoned him to die in a war-torn land, so he survived the only way he could: by becoming a rogue and a first-class forger. When the same family that left him for dead vows to ruin Miss Marshall, he offers his help. So what if he has to lie to her? She's only a pawn to use in his revenge.

...and a scandal seven years in the making.

But the irrepressible Miss Marshall soon enchants Edward. By the time he realizes that his cynical heart is hers, it's too late. The only way to thwart her enemies is to reveal his scandalous past...and once the woman he loves realizes how much he's lied to her, he'll lose her forever.

Milan writes some of the best historical romances. Each of her books contains top notch writing, intelligent and engrossing heroines, and well-researched plots regarding issues not usually tackled in historical romances. I can't wait to read her newest edition to this fantastic series! I also just found out that she's releasing another series later this year called The Worth Saga which begins with Once Upon a Marquess.