Waiting on Wednesday (59): Broken Soul by Faith Hunter and Isla and the Happily Ever After by Stephanie Perkins 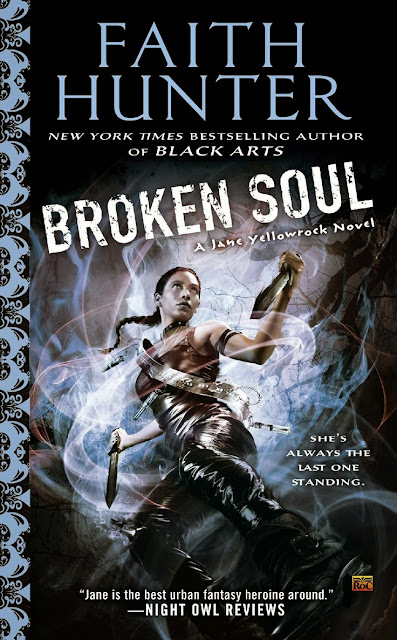 Jane Yellowrock is a vampire killer for hire—but other creatures of the night still need to watch their backs...

When the Master of the city of New Orleans asks Jane to improve security for a future visit from a delegation of European vampires, she names an exorbitant price—and Leo is willing to pay. That’s because the European vamps want Leo’s territory, and he knows that he needs Jane to prevent a total bloodbath. Leo, however, doesn’t mention how this new job will change Jane’s life or the danger it will bring her and her team.

Jane has more to worry about than some greedy vampires. There’s a vicious creature stalking the streets of New Orleans, and its agenda seems to be ripping Leo and her to pieces. Now Jane just has to figure out how to kill something she can’t even see….

This is one of my favorite urban fantasy series, and I can't wait to get back into the world that Faith Hunter writes so well. It's especially awesome because it is mostly set in New Orleans. I hope this gets a audio version with Khristine Hvam rather quickly because she does such a great job as narrator.

From the glittering streets of Manhattan to the moonlit rooftops of Paris, falling in love is easy for hopeless dreamer Isla and introspective artist Josh. But as they begin their senior year in France, Isla and Josh are quickly forced to confront the heartbreaking reality that happily-ever-afters aren’t always forever.

Their romantic journey is skillfully intertwined with those of beloved couples Anna and Étienne and Lola and Cricket, whose paths are destined to collide in a sweeping finale certain to please fans old and new.