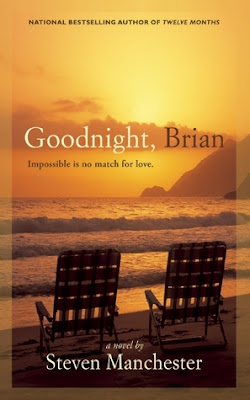 Fate was working against little Brian Mauretti. The food that was meant to nourish him was poisoning him instead, and the doctors said the damage was devastating and absolute. Fate had written off Brian. But fate didn’t count on a woman as determined as Brian’s grandmother, Angela DiMartino – who everyone knew as Mama. Loving her grandson with everything she had, Mama endeavored to battle fate. Fate had no idea what it was in for.

An emotional tale about the strength of family bonds, unconditional love, and the perseverance to do our best with the challenging gifts we receive, Goodnight, Brian is an uplifting tribute to what happens when giving up is not an option.

Back at the cottage, Mama took three pills and washed them down with a tumbler of water. She limped to her chair and flopped down into it. She reached for her legs and tried to rub out the spikes that hammered into her brittle bones. The cancer felt like termites eating their way through an old, dry rotted shed. “Oh, Lord, please ease my pain tonight. It’s something awful.”

The Lawrence Welk rerun hadn’t even released its first wave of bubbles when both the pills and the prayer took effect. She breathed deeply and drifted off. Her snoring could have woken the dead…

Mama opened her eyes to a vast expanse of rich, rolling countryside dotted with cypress trees. In the distance, there were several grazing sheep, but the shepherd was nowhere in sight. Beyond them, at the outskirts of a silvery olive grove, she could barely make out a small house. It appeared to be made of stone. Or maybe it’s stucco? she wondered. It’s the color of melted creamsicles. On each side of it, there were small groves of trees. Fruit—fig and pear, she guessed. The sun was warm on her back and a slight breeze tickled her neck. It felt like the first day of spring; everything was green and rich and bursting with life. Shielding her eyes from the sun, she looked up at the bluest sky she’d ever seen. A few puffy clouds floated above. Besides the wind, only her breathing could be heard—slow, relaxed, and in perfect rhythm with the beat of her heart. Another scan of the hills revealed no human life. Yet, she felt anything but alone. She smiled.

Looking to her left, for the first time she noticed two straight rows of tall, green cypress trees lining a red clay roadway, the sun illuminating its natural path. Streams of light danced upon the path, auditioning for her attention. Without a thought, she turned and started for the path, an old Italian song coming to mind. “Viva Tuscany,” she started humming aloud, her smile growing wider.

As she followed the path, an old man dressed in soiled work clothes and a worn soft hat was whistling. He worked on his hands and knees, weeding out the base of an ancient stone wall. She approached. He looked up and smiled. His face was tan and weathered; his eyes, kind and aqua blue. "Ciao, Bella," he called out.

He tipped his hat and smiled again. Without another word, he returned to his work and his whistling. Mama journeyed on.

At the end of the path, she came upon a field of daisies that looked like it went on forever. Butterflies and doves joined her as she walked, the breeze carrying them all toward something better. In a clearing, she stopped to watch a doe and her fawn prancing about. The scene brought so much joy that she laughed aloud. For whatever reason, it felt like a sign—though she couldn’t understand what it might be. She took three steps forward when she looked up again to discover that she’d just entered the outskirts of a small Italian village. “It’s Italy!” she gasped. “I’ve finally made it to Italy!” Afternoon had just turned to dusk.

Her young, healthy legs carried her on adrenaline and curiosity. At the edge of the small villa, she walked past an outdoor market that was closing for the day. Men and women packed up boxes of their baked goods—bread, cakes and biscuits. There was also an inventory of cheeses, cookbooks, coffee, kitchenware, pasta, oils, vinegars and wine. There was lots of red wine. “Buona Sera, Bella,” a copper-faced man called out.

“Buona Sera, Senior,” she replied and hurried toward the center of town, wondering why this was the second stranger to address her by her childhood nickname.

The tiny villa was a menagerie of cobblestone streets and intimate cafes. It was so wonderfully congested that it appeared each building was no more than an addition of the one before it. The smell of espresso filled the sweet spring air, challenged by the salami and cheese that hung in nearby shops. White, twinkling lights—strung from tree to tree—illuminated a smile on every face. Some waved at her as she walked by. She returned the gesture, oddly grateful that her presence had not gone unnoticed. The old cathedral called out to its faithful, its bells echoing through the granite square. As she approached the stone statues of angels and saints, two old women sang in Italian, a soft breeze carrying their notes toward the heavens. Love was all around—everywhere—and the world was perfect. She took a seat at the fountain in the middle of the square and scanned every inch that surrounded her. The architecture of the ancient provincial buildings was breathtaking, food peddlers and lovers protected beneath the terraces that overlooked the villa; balconies that were filled with terracotta pots of roses, wildflowers, and tiny pear trees. The faint scents of lemon and thyme wafted on the breeze. And then she heard the sound of water. She stood and looked back. It’s not the fountain, she knew. It’s the ocean—the tide coming in and out.

Drawn by its call, she hurried through the square and made her way down a narrow alley that led out to a long, wooden dock. She could see cobalt and turquoise dancing on everything. She squinted to see the Italian port filled with sailors mending fishing nets and singing about the day’s great catch. It’s everything I ever thought it would be…everything I ever told Brian about and more. With the taste of salt on her tongue, she licked her lips and picked up the pace. This feels like heaven…

Mama awakened and sat motionless in her gray chair. At peace, she looked around the room until disappointment crept into her heart. And then—in one sudden surge—the pain came rushing back. It felt like cleavers being tossed into her hips and legs. She cried out and struggled to free herself from the chair. “Where are those painkillers?” she asked aloud. “Dear God, where are they?” 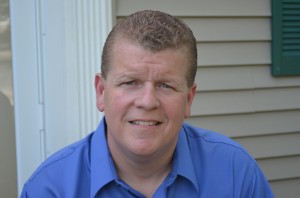 Steven Manchester is the published author of the #1 best seller, Twelve Months, as well as A Christmas Wish (the holiday prequel to Goodnight, Brian). He has also written Pressed Pennies, The Unexpected Storm: The Gulf War Legacy and Jacob Evans, as well as several books under the pseudonym, Steven Herberts. His work has appeared on NBC's Today Show, CBS's The Early Show, CNN’s American Morning and BET’s Nightly News. Recently, three of his short stories were selected "101 Best" for Chicken Soup for the Soul series.