Waiting on Wednesday (66): The Glass Arrow by Kristen Simmons 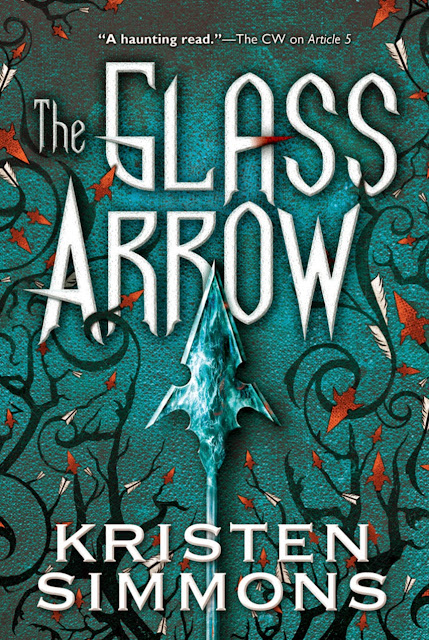 The Handmaid’s Tale meets Blood Red Road in Glass Arrow, the story of Aya, who lives with a small group of women on the run from the men who hunt them, men who want to auction off breeding rights to the highest bidder.

In a world where females are scarce and are hunted, then bought and sold at market for their breeding rights, 15-year old Aya has learned how to hide. With a ragtag bunch of other women and girls, she has successfully avoided capture and eked out a nomadic but free existence in the mountains. But when Aya’s luck runs out and she’s caught by a group of businessmen on a hunting expedition, fighting to survive takes on a whole new meaning.

I've read a few of these The Handmaid's Tale retellings and some have been pretty good. I'm interested in seeing this new take on it. I haven't read Simmons' Article 5, although it is on my TBR, but I just adore the cover to The Glass Arrow and just might need to read it first.