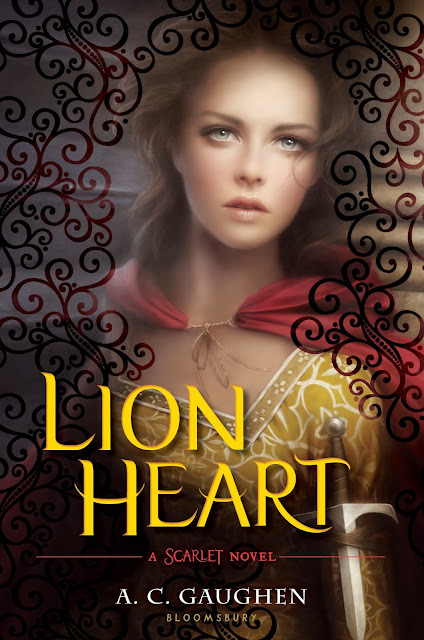 The eagerly-awaited conclusion to the Scarlet trilogy delivers another action-packed and romance-filled adventure.

Scarlet has captured the hearts of readers as well as the heart of Robin Hood, and after ceaseless obstacles and countless threats, readers will finally find out the fate of the Lady Thief.

Imprisoned by Prince John for months, Scarlet finds herself a long way from Nottinghamshire. After a daring escape from the Prince's clutches, she learns that King Richard’s life is in jeopardy, and Eleanor of Aquitaine demands a service Scarlet can’t refuse: spy for her and help bring Richard home safe. But fate—and her heart—won’t allow her to stay away from Nottinghamshire for long, and together, Scarlet and Rob must stop Prince John from going through with his dark plans for England. They can not rest until he’s stopped, but will their love be enough to save them once and for all?

Scarlet book three!!! King Richard! The first two in this trilogy have been phenomenal, so I'm expecting nothing less from the ending. A.C. Gaughen said on her blog that this was the hardest thing she had ever done. I can't wait to see where all her hard work and turmoil created. Although, I'm a a little underwhelmed by the cover; the first two covers were much better. I think it's that filigree on the side that is so off-putting for me.