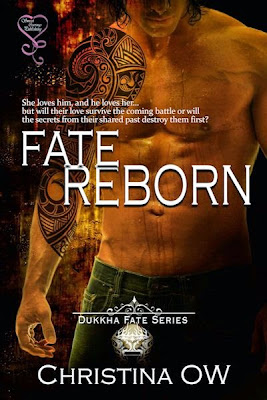 Ashat is a werewolf who’s lived three centuries in sorrow and torment after his family was killed by an enemy-Baku. The only way he is able to bear his long life is drinking himself into a drunken stupor, women and hunting down Baku. His world suddenly changes when he meets Merilee and he is finally able to love and be happy again.

Merilee lost her family in a fire when she was five. However she isn’t too sure about that, her nightmares show her something very different to what her shrink has been telling her for thirteen years. She was raised by her two adoptive sisters Ann and Maria in an orphanage. She has a fear of letting people in and losing them. This fear makes her put up with an obnoxious boyfriend Steve until she’s finally gets the courage to get rid of him.

She finally meets a man who she instantly has a crush on and ultimately falls in love with after their first night together.

But Merilee and Ashat have met before in the worst of situations. 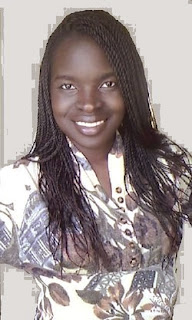 Christina Ow writes suspense, thrillers, erotica, interracial and multicultural romance books. She is the author of Contemporary, Fantasy, Paranormal, Regency Romance books and a poet of currently 3 titles. She loves reading novels that take her on a ride of wild emotions. Books have always been an escape for her, for a few hours she gets to live the lives of characters she grows to cherish and admire. She's always had an active imagination and because of it has lived in her head more than she has been in the outside world. She always imagined scenarios and wondered how they would turn out in the end, and what kind of emotions they would invoke. Thus began her writing career.