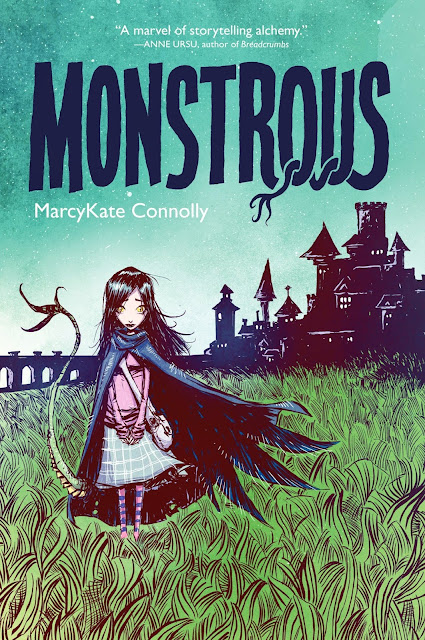 The city of Bryre suffers under the magic of an evil wizard. Because of his curse, girls sicken and disappear without a trace, and Bryre’s inhabitants live in fear. No one is allowed outside after dark.

Despite her caution, a boy named Ren sees Kym and begins to leave a perfect red rose for her every evening. As they become friends, Kym learns that Ren knows about the missing girls, the wizard, and the evil magic that haunts Bryre.

And what he knows will change Kym’s life.

This sounds like it was written just for me! Curses and beastly girls! I just love a good Beauty and the Beast retelling, especially one mixed with Frankenstein and has the girl as the beast.