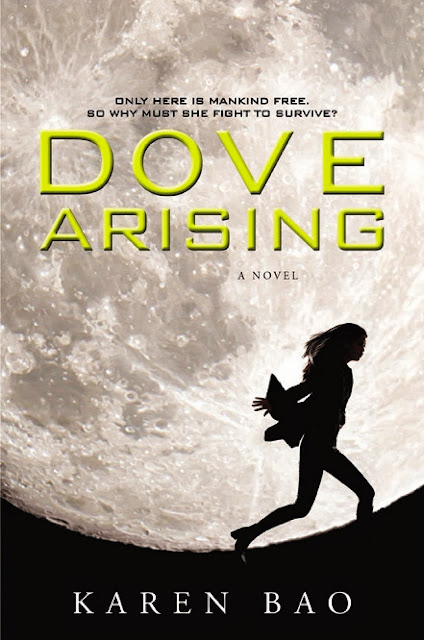 Phaet Theta has lived her whole life in a colony on the Moon. She’s barely spoken since her father died in an accident nine years ago. She cultivates the plants in Greenhouse 22, lets her best friend talk for her, and stays off the government’s radar.

Then her mother is arrested.

The only way to save her younger siblings from the degrading Shelter is by enlisting in the Militia, the faceless army that polices the Lunar bases and protects them from attacks by desperate Earth-dwellers. Training is brutal, but it’s where Phaet forms an uneasy but meaningful alliance with the preternaturally accomplished Wes, a fellow outsider.

Rank high, save her siblings, free her mom: that’s the plan. Until Phaet’s logically ordered world begins to crumble...

Suspenseful, intelligent, and hauntingly prescient, Dove Arising stands on the shoulders of our greatest tales of the future to tell a story that is all too relevant today.

I'm generally hit or miss when it comes to outer space science fiction, but this looks really good.