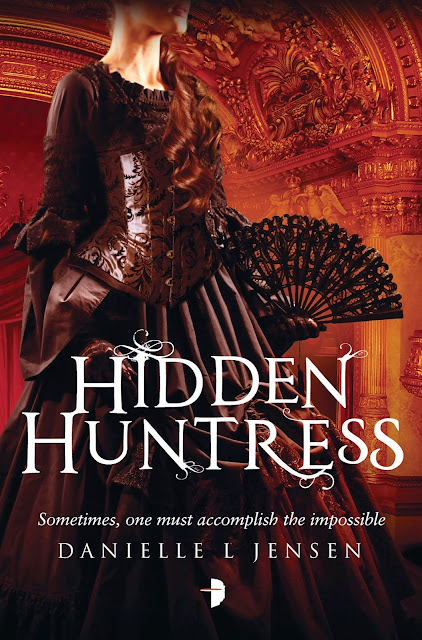 Sometimes, one must accomplish the impossible.

Beneath the mountain, the king’s reign of tyranny is absolute; the one troll with the capacity to challenge him is imprisoned for treason. Cécile has escaped the darkness of Trollus, but she learns all too quickly that she is not beyond the reach of the king’s power. Or his manipulation.

Recovered from her injuries, she now lives with her mother in Trianon and graces the opera stage every night. But by day she searches for the witch who has eluded the trolls for five hundred years. Whether she succeeds or fails, the costs to those she cares about will be high.

To find Anushka, she must delve into magic that is both dark and deadly. But the witch is a clever creature. And Cécile might not just be the hunter. She might also be the hunted…

Yes! Hidden Huntress has a cover! Kayla and I both enjoyed the first in the trilogy, Stolen Songbird, and I can't wait to read the sequel. You can read my review HERE and Kayla's review HERE.