Once again, and quite surprisingly, we are passing another annual benchmark here at Bibliophilia, Please. From what started as a one (wo)man lovefest for Kevin Hearne and the great YA Kayla stumbled upon in 2011 has evolved into two well-educated, eloquent, and magnificent women sharing and reviewing the books they love. And then, of course, there is Kayla. (Will is, unfortunately, still missing.)

Be sure to check out the previous days to see how 2014 was for Janelle, Amber, and Kayla; enter the giveaways on Tuesday and Thursday; and maybe see a special guest post from an up-and-coming author. 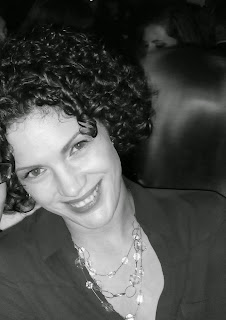 This has been a really busy year for me, personally and professionally, so sometimes my reading has really fallen by the wayside. This is my first full year as a reviewer, and I have really learned a lot, including a lot about my reading tastes, in that year.

I applied for the reviewer position with Bibliophilia, Please, because I had been playing with the idea of starting my own blog for about a year to six month prior. I was just scared to start it on my own. I wanted to talk about all the books I loved with people (my friends either don't read as much as I do, or give me crazy looks when I am pushing the next book YOU HAVE TO READ RIGHT NOW). In my head, blogging was this big space where everyone was always discussing all the great books, and by discussing I mean, leaving back and forth comments. In reality, not so much. I guess I should have realized this earlier, because no one really comments on my Amazon, Goodreads or Shelfari reviews either. And those comments aren't ever really conducive to conversation. (Side note: I need to comment on other reviews that help me find books). So, my favorite reviews are generally when Kayla and I read the same book, then email each other in exclamation points about how great it is, then Kayla somehow manages to make them look like a review.

In the past year or so, I have gotten comfortable with not finishing a book that I wasn't enjoying. Before 2014, I would just power through (even if it took me weeks to read) and end up hating myself and the book. Now, if I'm not connecting, I will either completely give up after about 100 chapters, or put it on the "maybe later" list. There are some books I've gone back to after a break and ending up loving, because I'm a mood reader or the book was better in another format (see Scarlet by A.C. Gaughen, which I HATED and quit after the first chapter, but LOVED in audio). I have yet to DNF a book I have accepted for review, but I haven't had any review books I hated, only ones that have left me with warm and fuzzies or meh feelings. At the beginning of the year, I accepted more unknown authors and self-published authors, but quickly got burned out on reading less than stellar stories. I still read non-traditionally published authors, but the blurb has to REALLY stand out from the crowd.

I already did a post on my Top Ten favorite books, so I'm going to give some random stats on the books I read in 2014:

Of the classics/award winners, my favorite would either be Code Name Verity or Ancillary Justice.

Of all the books I read, only around 16 were standalones. My favorite standalone was Black Dog.

I read around 105 books that were the first in a series, trilogy, duology, etc. I rated 8 of these firsts 5 stars, including Snow Like Ashes, Burn for Me and The Iron Duke.

The longest book I read in 2014 was Kushiel's Dart.

I found a love of comics in 2014. Prior to 2013, I had only read a handful of comics. I grew up with all the movies and cartoons, but had struggled to find a comic I liked. I always wanted a beginning and an end, and with something like X-Men or Batman, there just isn't one. In 2013, my author-crush on Neil Gaiman really blossomed, and I started The Sandman graphic novel. I also read Watchmen as part of my classics/modern classics/award winners challenge with myself. When Marvel released its newest batch of movies, I got really excited about the prospect of a female-led Marvel movie with Captain Marvel. My oldest brother bought me the first couple of issues in the newest Captain Marvel and I LOVED it. So, I've been working my way through a few comic series, as well as continuing in some graphic novels. I finished Y: The Last Man on December 31st, which has some serious issues, but is really entertaining to read. The oldest brother also bought me volume 1 of the deluxe edition of Saga for Christmas, so I'm going to be working that into the reading schedule. I have a whole lot of other comics and graphic novels on my TBR for next year, including some from the man who pretty much started it all: Neil Gaiman. I have heard that the new Batgirl: The New 52 series by Cameron Stewart is amazing, so I might be taking a trip to the local comic book shop to pick it up. I already have the first issue of Angela: Asgard's Assassin and I ordered X-Men: The Dark Phoenix Saga. I'm just constantly adding to the TBR...

...And now I'm going to add to one of yours! One lucky winner can choose a book from all of the books I read this year, found on THIS LIST.