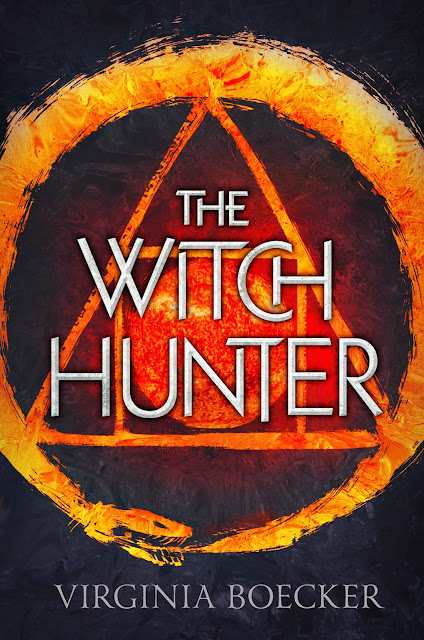 The magic and suspense of Graceling meet the political intrigue and unrest of Game of Thrones in this riveting fantasy debut.

Elizabeth Grey is one of the king's best witch hunters, devoted to rooting out witchcraft and doling out justice. But when she's accused of being a witch herself, Elizabeth is arrested and sentenced to burn at the stake.

Salvation comes from a man she thought was her enemy. Nicholas Perevil, the most powerful and dangerous wizard in the kingdom, offers her a deal: he will save her from execution if she can break the deadly curse that's been laid upon him.

But Nicholas and his followers know nothing of Elizabeth's witch hunting past--if they find out, the stake will be the least of her worries. And as she's thrust into the magical world of witches, ghosts, pirates, and one all-too-handsome healer, Elizabeth is forced to redefine her ideas of right and wrong, of friends and enemies, and of love and hate.

The beginning is slower than the rest of the story, which may have been why I was a little underwhelmed. Although I did enjoy the beginning, I wasn't sucked in to the point of not being able to put the book down. When I picked it up again, I enjoyed myself, but there was no compulsion that I NEEDED to be reading it at all times. Once the prophecy comes out, the story starts to unfold rapidly, and the last third of the book goes by in a blink of an eye.

I loved the prophecy and the riddle behind it, but that's one of my favorite types of fantasy tropes. I was a little unprepared for how fast Elizabeth discovered where the Thirteenth Tablet was located. I'm glad that unraveling the riddle wasn't drawn out, but I do think it caused the last third of the book to be a little rushed.

Elizabeth isn't exactly the chosen one, but she is the one that will solve the riddle of where the Thirteenth Tablet is located that must be destroyed to break the curse on Nicholas. I really liked the spin that Elizabeth has to choose of all her actions decisively for the prophecy to work. I also really liked the combination of so many different types of paranormal creatures - there were nymphs and revenants and some interesting lore surrounding revenants.

There was one part of The Witch Hunter that was completely obvious. I'm surprised that no one figured it out sooner, especially Elizabeth.

I was a little worried that there would be an awful love triangle, and the whole book would be concentrated on the love story rather than the actual witch hunting and riddle solving. However, to me, Caleb is only really an issue at the beginning of the book. I thought that there might be some sort of issue between George and John, but George ends up being a platonic friend. YAY! Platonic male-female friendships in YA!

The story arc wraps up nicely with no annoying cliff hanger, but there is the possibility of more to come. I'm interested in seeing more of the world of The Witch Hunter, and I hope that Boecker expands to more countries and more paranormal creatures.

To satisfy FTC guidelines, I am disclosing that I received an advance copy of the book for reviewing purposes through NOVL in exchange for an honest review. This has in no way affected the outcome of my review.