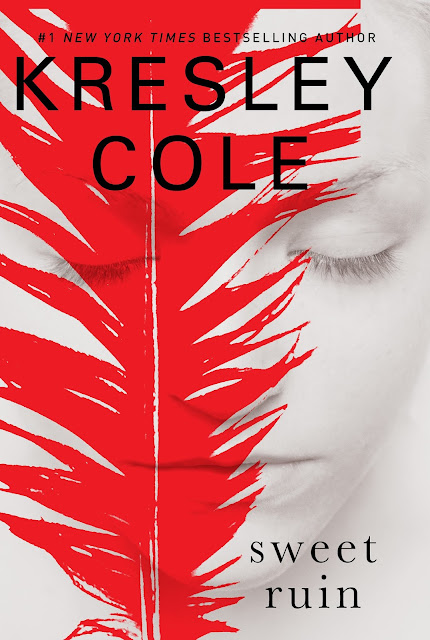 A foundling raised in a world of humans
Growing up, orphaned Josephine didn’t know who or what she was—just that she was “bad,” an outcast with strange powers. Her baby brother Thaddeus was as perfect as she was flawed; protecting him became her entire life. The day he was taken away began Jo’s transition from angry girl . . . to would-be superhero . . . to enchanting, ruthless villain.

A lethally sensual enforcer on a mission
Whether by bow or in bed, archer Rune the Baneblood never fails to eliminate his target. In his sights: the oldest living Valkyrie. Yet before he can strike, he encounters a vampiric creature whose beauty mesmerizes him. With one bite, she pierces him with aching pleasure, stealing his forbidden blood—and jeopardizing the secrets of his brethren.

A boundless passion that will lead to sweet ruin...
Could this exquisite female be a spy sent by the very Valkyrie he hunts? Rune knows he must not trust Josephine, yet he’s unable to turn her away. When Jo betrays the identity of the one man she will die to protect, she and Rune become locked in a treacherous battle of wills that pits ultimate loyalty against unbridled lust.

On the paranormal romance to urban fantasy spectrum, I'm firmly on the urban fantasy side, but this series is dirty dirty book crack, and I LOVE it. The first couple aren't as great, but by book 4 or so, I had to restrain myself from devouring them all in one binge-reading weekend.

First, Cole's humor is spot on sarcasm that is laugh out loud funny for me. Also, while the males are the normal Neanderthal me-Tarzan-you-mate variety, the women don't take any bull. And, there are quite a few more gender stereotypes thrown on their head (like men virgins).

I also like the way the series is set up. There's this huge apocalypse coming, but the first couple of books are like paranormal Amazing Race. It's quite entertaining. Cole also sets up the storyline in sets of books, so that multiple books run the same storyline concurrently. It has to take a ton of outlines, research and just hard work on her part.

The cover to Sweet Ruin is a complete diversion from the rest of the series, and I am so so glad. The other covers were so cheesy, but this one is just classic and simple. Though, I'm sure other die-hard readers were upset about the drastic change. Those covers screamed paranormal romance, where this one doesn't.