An Old Favorite, or I Am Quite Strange

As a few of you know, I run another blog in addition to this one. I do not advertise it as much, but I enjoy the hell out of writing it. I've had Gasoline Wishes and Fry Cook Dreams since my days of working in a gas station, pre-librarian. The following is one of the most popular posts, and I thought I would share it with you guys since it is somewhat bookish.


Adventures with: Irish Lore -- Fragarach ≠ Fraggle Rock?
I am a terrible person. One of my very favorite authors (and not just because he writes well - he's a fantastic person), Kevin Hearne, uses quite a bit of Irish mythology in his Iron Druid Chronicles. Most of you who read this and know me personally are quite aware of the obsession that I have with anything Irish. I have an unhealthy attraction to men with red hair *swoons*, I allowed a Gael to treat me like shit for years (and would still if he hadn't disappeared), and I enjoy the mythology. Hell, my mom told me bedtime stories about Cú Chulainn when I was little. I promise I'm getting to a point, we're just taking the scenic route. Back to Fraggle Rock, oops, I mean Fragarach - it's a kickass sword. It's called "The Answerer" because a person could not lie if it was held to his/her throat (not that I would want to lie and piss someone off who had a big ass sword). I say its name like a "damned German Proddy", but I am quite aware of the pronunciation. However, the little redneck nerd in me can't help but giggle and say "Fraggle Rock" in my head when I read it in Kevin Hearne's books. I just think it's only fair that something that badass has someone laughing at it. Why not me? I'm socially awkward and I really don't have much else to do.

When I confessed my little sin against all things Atticus to Mr. Hearne (I must be formal because I'm beating a dead horse right now), things went south faster than if I had gone after some Bacchants with a baseball bat like in Hexed. Anyways, I won't explain each picture. They don't need an explanation. Just enjoy. 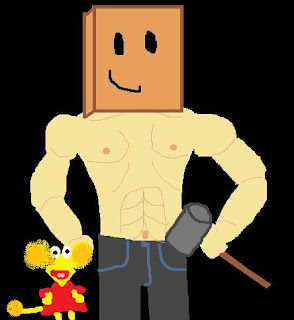 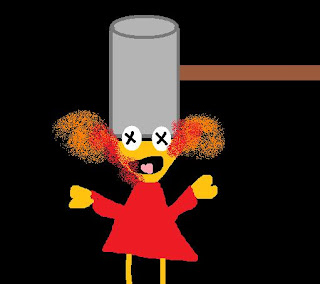 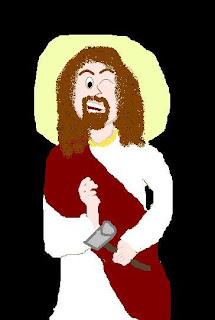 Kevin, this one is special just for you. I think the Fraggles threw down the gauntlet and danced naked around your sword.  Oops. 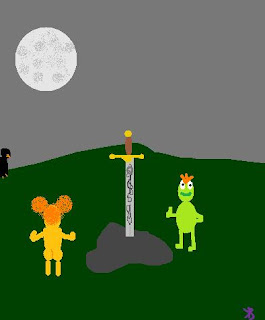 Here is where you can buy the Iron Druid Chronicles: