While trying to save her brother four years ago, Greta was thrown into the witch’s fire herself, falling through a portal to a dangerous world where humans are the enemy, and every ogre, goblin, and ghoul has a dark side that comes out with the full moon.

To survive, seventeen-year-old Greta has hidden her humanity and taken the job of bounty hunter—and she’s good at what she does. So good, she’s caught the attention of Mylena’s young Goblin King, the darkly enticing Isaac, who invades her dreams and undermines her determination to escape.

But Greta’s not the only one looking to get out of Mylena. The full moon is mere days away, and an ancient evil knows she’s the key to opening the portal. If Greta fails, she and the lost boys of Mylena will die. If she succeeds, no world will be safe from what follows her back…

And without further ado... 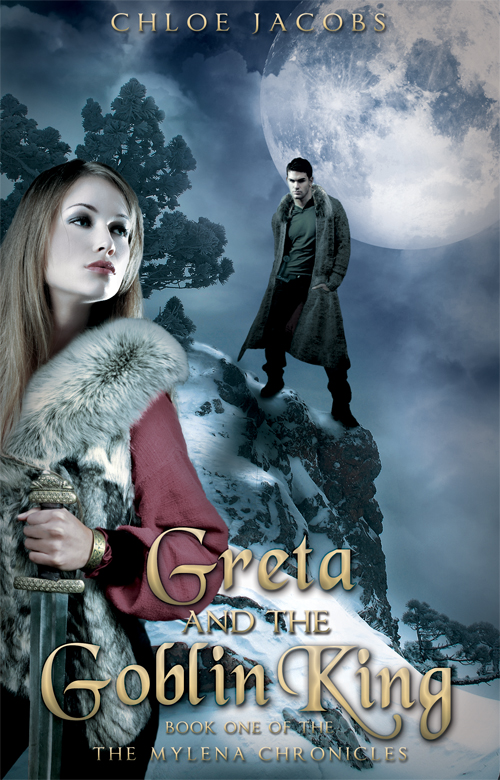 Greta & the Goblin King will be released by Entangled Publishing on November 13, 2012

Available to pre-order at Barnes & Noble
Be sure to add it to your TBR list on Goodreads!

Chloe Jacobs is a native of nowhere and everywhere, having jumped around to practically every Province of Canada before finally settling in Ontario where she has now been living for a respectable number of years. Her husband and son are the two best people in the entire world, but they also make her wish she'd at least gotten a female cat. No such luck. And although the day job keeps her busy, she carves out as much time as possible to write. Bringing new characters to life and finding out what makes them tick and how badly she can make them suffer is one of her greatest pleasures, almost better than chocolate and fuzzy pink bunny slippers.