H is for Horror

This is a funny genre for me. I don't like gore or guts, and I do not watch scary movies. Period. I am not even sure why I read spooky books. I try at all costs to avoid getting ugly pictures or ideas in my head because I have very vivid nightmares. However, Stephen King is one of my all-time favorite authors. (If I'm not his biggest fan, I'm up near the top. I had my Cesarean section scheduled in order for my daughter to be born on his birthday. Beat that!) I suppose I should say that I enjoy horror that falls under the Dark Fantasy classification. There are a few horrorish books that I've enjoyed outside of that area, but they are few and far between.

The first horror novel that I remember reading was Watchers by Dean Koontz. Not only did it scare me, but I was literally horrified. It was both by the suspense and action in the story itself, but also by the treatment of one of the characters. This novel had the first villain with whom I sympathized. I realized that some monsters exist due to the choices of others. I also learned that all people are capable of both good and bad things, and nothing can be easily separated into shades of black and white. Also, even "bad guys" possess the potential of redemption. Yes - all this from a horror novel. When I was NINE. Once I finished the book, I had to immediately read it again to see what I may have missed.

Although they did not have nearly as profound an effect on me, here are a few horror novels that I have loved completely and think you may enjoy (if you have not already): 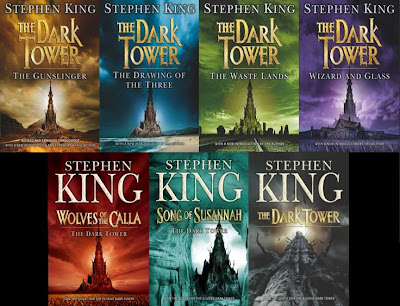 The Picture of Dorian Gray by Oscar Wilde
Superstitious by R. L. Stein (adult novel)
The Fear Street series by R. L. Stein
Anna Dressed in Blood by Kendare Blake
And quite a few books written by Christopher Pike and Lois Duncan!

So, what did I miss?

My A to Z Master List
Labels: A to Z Challenge, Blogging from A to Z, Dark Fantasy, Horror
Email ThisBlogThis!Share to TwitterShare to FacebookShare to Pinterest