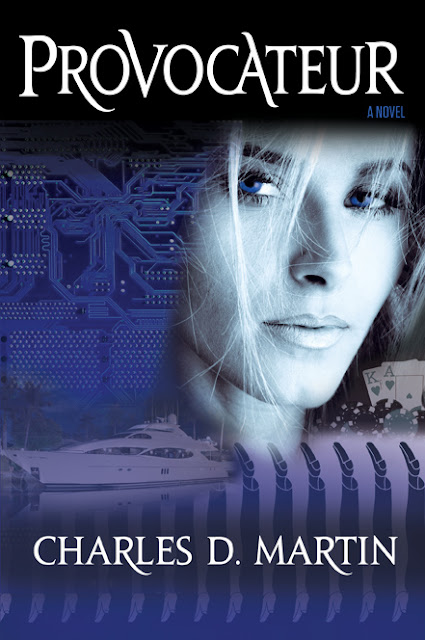 Provocateur is a novel of intrigue and womanly wile that follows the path of Nadia Borodin from her poor beginnings in Russia to her role as a top earner in the agency which rescued her.

The Writing of Provocateur was not quite what I expected from the novel. It was an easy read, but I found myself a bit disconnected and confused from time to time. The premise was fascinating, and I had no trouble sitting with the book for an hour or so at a time, but I felt like I was reading a documentary. The author inserted little tidbits of history and some great photographs into the novel, and it proved distracting. As much as I love history, I think that it took away more than it gave to this novel about a seductress. The narrator was also a little too omniscient, also lending to the documentary feel. Charles D. Martin provided the thoughts of various characters to us, whether it was necessary or not.

The biggest thing that confused me in the writing was when Nadia went undercover as a hostess at a yacht club, using the name "Tatyana". During those chapters, the narrator inconsistently refers to Nadia as Tatyana, as well as the other characters who know her as Nadia. It left me scratching my head because there was no real pattern or reason as to why. And as soon as the "job" was over, she was back to Nadia. Despite these things, I still enjoyed reading about Nadia and her conquests and was able to lose myself in the story. 3/5 Stars

The World-Weaving of the story was good. I was able imagine myself in high society with Nadia and right there with her on her assignments. Martin is obviously knowledgeable about the upper classes and brings that  to life on the pages. I did have trouble suspending belief in a few situations (extremely wealthy and successful businessmen can't possibly be THAT dumb), but it's fiction, so I just took it for what it was. 3/5 Stars

The Pace and my Attention Span (I'm throwing these together here) of the Provocateur was good. It was an easy read with lots of action. It's common to find dead filler in adult novels, but even what I found to be excess history in the book was fascinating to read, all the same. 3/5 Stars

The Extra Magic in this novel was the kickass heroine, Nadia. She was able to rise from her beginning in a Russian orphanage to become a strong, confident, and successful agent. It was stressed time and again that it was her intelligence, not her sexiness or beauty, that made her special. I think that was my favorite part of the entire book. 3.5/5 Stars


Provocateur is Available Now: Amazon | Barnes & Noble | Smashwords
Be sure to also add it to your TBR pile on Goodreads! 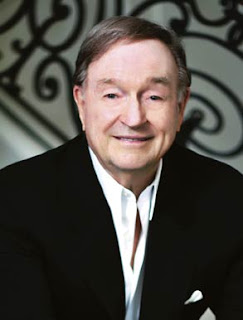 Charles Martin grew up in a small Ohio town. His parents were poor, but by working two jobs, he was able to put himself through college. He has been fortunate to enjoy much success in life. He had a distinguished career in venture capital and private equity, founding two highly successful investment firms that he managed during the decades of the 1980s and 1990s. Currently he runs a hedge fund, Mont Pelerin Capital, LLC, and serves on the investment committees of prominent universities. Mr. Martin has extensive background in finance and technology, and has travelled to the exotic locations featured in the novel. However, the novel itself is more about the intrigue in the story and the alpha female that takes on dominant males and conquers them.

Mr. Martin lives with his wife Twyla in a coastal town south of Los Angeles, California.

August 29
Review at Escape in Words

Also on the Tour:
Review at Readers Favorite

To satisfy FTC guidelines, I am disclosing that I received the book for free through JKS Communications in exchange for an honest review. It has in no way affected the outcome. All opinions expressed are mine and mine alone.