Waiting on Wednesday (63): Never Judge a Lady by Her Cover by Sarah MacLean 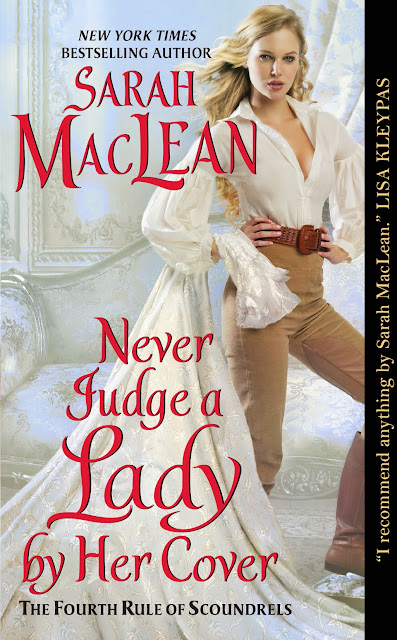 SPOILER ALERT: If you have not read through book 3 in the series, do not read any further

By day, she is Lady Georgiana, sister to a Duke, ruined before her first season in the worst kind of scandal. But the truth is far more shocking—in London’s darkest corners, she is Chase, the mysterious, unknown founder of the city’s most legendary gaming hell. For years, her double identity has gone undiscovered . . . until now.

Brilliant, driven, handsome-as-sin Duncan West is intrigued by the beautiful, ruined woman who is somehow connected to a world of darkness and sin. He knows she is more than she seems and he vows to uncover all of Georgiana’s secrets, laying bare her past, threatening her present, and risking all she holds dear . . . including her heart.

CHASE'S STORY!! Yes! I have to say that it took me a lot longer than it should have for me to realize that Chase was a woman, but once I figured it out, I was so intrigued. I just cannot wait to see how Chase landed where she is as the leader of the gaming hell hiding her identity.