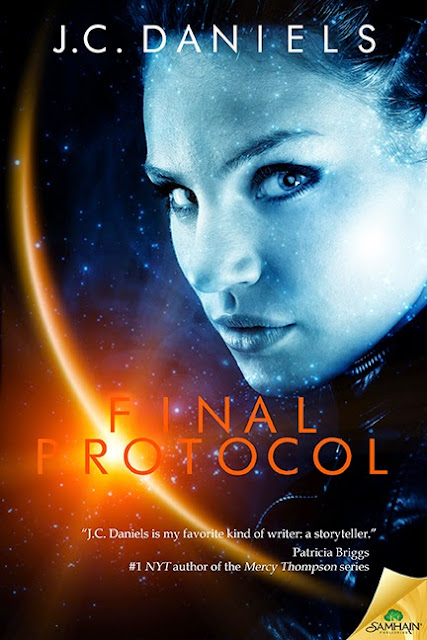 Her name is Silence. If she was ever known by any other name, she doesn’t remember.

She is a killer. If she was ever anything else, she doesn’t remember.

She has an owner. If she was ever free...well, that she does remember. She was free and then somebody gave her to a madman to pay a debt that wasn’t hers. She’s his toy, his pet...and his trained killer. She kills at his whim or she dies.

She has a target. Her so-called owner...the man who makes her life a living hell. If she could kill anybody in the universe, it would be him. But he holds her life in his hands.

And she has a wish—to find a man she barely remembers. A man she knows she once loved. The man who betrayed her and stole away her freedom.

With one final target between her and the tantalizing promise of freedom, she moves in for the kill. There’s one problem. There’s something strangely familiar about her mark. Something that echoes in the void where love used to live.

I'm currently binging on Daniels' Colbana Files series. Since the next book won't be out until 2016, I'm glad that Daniels is starting another series in a few months. I might also have to work through Daniels' alter-ego's (Shiloh Walker) backlist. And the TBR just continues to grow....