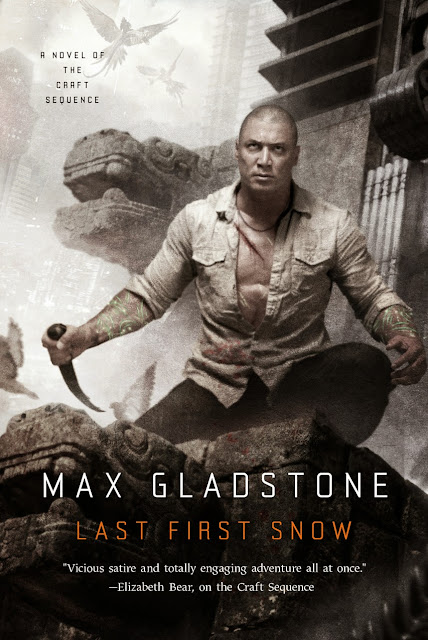 Forty years after the God Wars, Dresediel Lex bears the scars of liberation—especially in the Skittersill, a poor district still bound by the fallen gods' decaying edicts. As long as the gods' wards last, they strangle development; when they fail, demons will be loosed upon the city. The King in Red hires Elayne Kevarian of the Craft firm Kelethres, Albrecht, and Ao to fix the wards, but the Skittersill's people have their own ideas. A protest rises against Elayne's work, led by Temoc, a warrior-priest turned community organizer who wants to build a peaceful future for his city, his wife, and his young son.

As Elayne drags Temoc and the King in Red to the bargaining table, old wounds reopen, old gods stir in their graves, civil blood breaks to new mutiny, and profiteers circle in the desert sky. Elayne and Temoc must fight conspiracy, dark magic, and their own demons to save the peace—or failing that, to save as many people as they can.

Three Parts Dead was one of my favorite finds from last year, and although I wasn't equally as in love with the sequel, I'm still looking forward to continuing in the series. I still need to read the the third in the series, Full Fathom Five, but that will just get me more excited for this one!