Waiting on Wednesday (103): Blood of the Earth by Faith Hunter 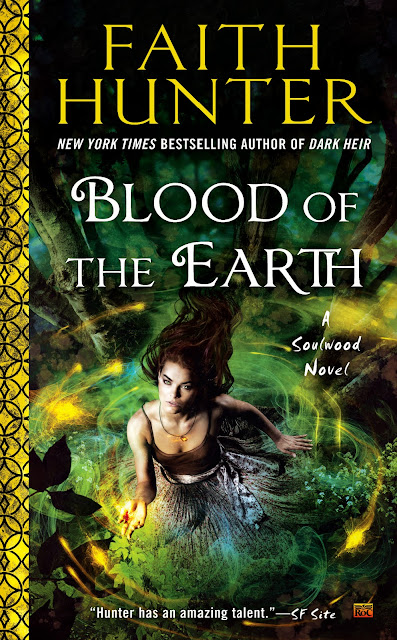 When Nell Ingram met skinwalker Jane Yellowrock, she was almost alone in the world, exiled by both choice and fear from the cult she was raised in, defending herself with the magic she drew from her deep connection to the forest that surrounds her.

Now, Jane has referred Nell to PsyLED, a Homeland Security agency policing paranormals, and agent Rick LaFleur has shown up at Nell’s doorstep. His appearance forces her out of her isolated life into an investigation that leads to the vampire Blood Master of Nashville.

Nell has a team—and a mission. But to find the Master’s kidnapped vassal, Nell and the PsyLED team will be forced to go deep into the heart of the very cult Nell fears, infiltrating the cult and a humans-only terrorist group before time runs out

The Jane Yellowrock series is one of my favorite urban fantasy series, so I did a little happy dance when I found out that Faith Hunter was writing a spin-off series. And, we get two Jane Yellowrock universe books in one year! The only thing I'm kind of leery about is the seeming focus that Rick LaFleur might be a love interest. I'm not a Rick LaFleur fan, but maybe it will be different when he's not Jane's love interest.